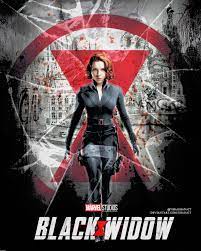 “Before I was an Avenger, I made mistakes… and a lot of enemies.” – Natasha Romanoff

Brief Synopsis – After the Avengers need to go underground following the events of Captain America: Civil War (2016), Black Widow tries to unravel a secret from her past that has returned to stalk her.

My Take on it – This has become one of the most highly anticipated films of the MCU (and of the past year due to COVID – James Bond aside) especially given the fact that it is/was meant to launch the 4th Phase of MCU films.

The film is set up in order to give the viewer more of a backstory of Black Widow /Natasha Romanoff.

Unfortunately, it doesn’t feel like a superhero movie at all and that is the part that bothered me the most.

Films of the MCU are meant to be either origin films that show how the characters got their powers / or learned to use them or are part of a larger storyline about having superpowered people defending Earth.

This film has neither of those.

It hangs by a thread with its connection to the MCU and Black Widow is primarily the only know character from the MCU to migrate to this film (besides a very small cameo by William Hurt as Secretary Ross.)

The do manage to give the viewer a fun action film, but with the expectation of an MCU film (after 2 years of none) it was far too disappointing.

The new characters introduced here are fun to watch.

Florence Pugh, David Harbour and Rachel Weisz all do nice jobs with their characters despite the fact that none are developed on a deeper level than they probably should be.

This is a great action movie with superficial characters who blow lots of stuff up, but as an MCU film, it falls short (especially when comparing it to the other 24 films in the series) which is quite disappointing.

Hopefully, after seeing other films in Phase 4, this one will seem to have more of an impact in retrospect.

MovieRob’s Favorite Trivia – Mattel, in collaboration with Marvel Studios, released two promotional Barbie Signature dolls based on Black Widow to promote the film. The first one was a Black Suit doll and the second one was the White Suit. They were both designed by Bill Greening.  (From IMDB)