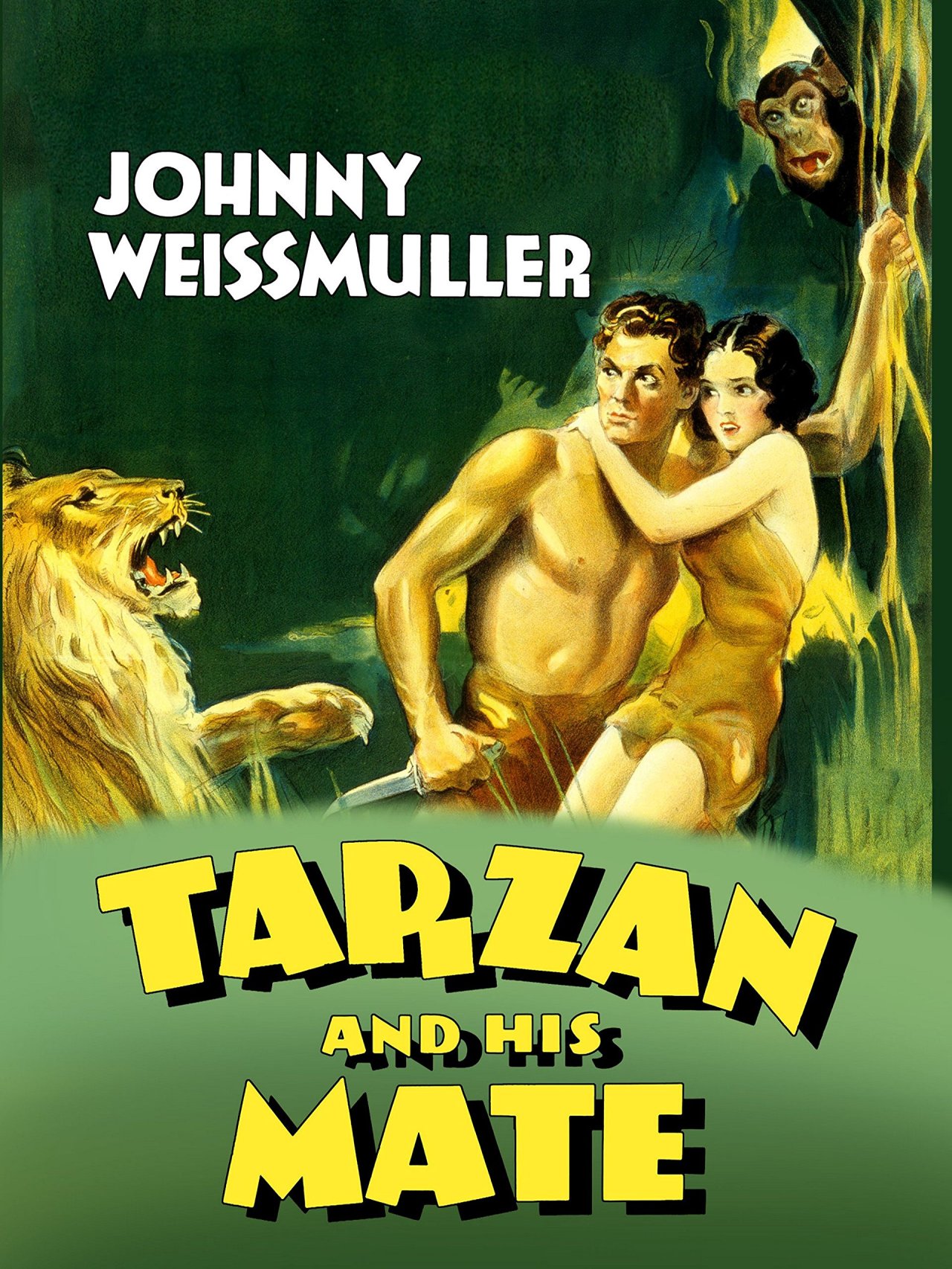 This month’s genre has been chosen by Joel Watches Movies and we will be reviewing our favorite Movies of the Outdoors (any movie set primarily outside and where nature figures significantly into their plot or themes.)

“The best weapon a woman has is a man’s imagination.” – Jane Parker

Brief Synopsis – A group of hunters/adventurers make it back to the darkest parts of Africa in order to get precious ivory from elephants and rescue Jane from her new life with Tarzan.

My Take on it – This is a film that I was curious to watch after seeing the original Tarzan film with Johnny Weissmuller from two years earlier.

The film basically takes place months after the previous film where Jane and Tarzan have started to live their lives together in the middle of the Jungle.

The film is told in a very matter of fact way and tries to show how Tarzan and Jane need to deal with poachers and their new life together at the same time.

The fact that this film was made in 1934 still impresses me due to the way that a lot of the stunts were done.

In the scenes where they needed to use special effects to try and simulate the stunts, things are still done well despite it sometimes being quite obvious.

The relationship between Tarzan and Jane is developed quite well here and the infamous swimming scene is a perfect example of how that helps things even more.

The story is unfortunately told in a pretty bland way and that does hurt things a bit along the way from making this more enjoyable to watch.

MovieRob’s Favorite Trivia – The infamous nude swimming scene was originally filmed in three different versions: with Jane wearing her traditional costume, with Jane topless and with Jane topless while wearing a flesh-toned covering below. US states were empowered at that time to enact individual censorship laws, and three different versions of the scene were filmed in order to allow individual states to select the version of the scene which best conformed to its laws. All three versions were eventually removed from the film due to protests from conservative religious groups, particularly the powerful Catholic Legion of Decency. The nude version of the scene was discovered in the vaults of Turner Entertainment during the late 1990s following its purchase of the MGM film library, and was restored to most subsequent versions of the film on the direct orders of Turner Entertainment chairman Ted Turner. In the restored version of the scene, Tarzan is depicted wearing his traditional loincloth while Jane appears fully nude, her costume having been torn off when Tarzan playfully tosses her from a tree to the water below. The scene as it exists today is approximately four minutes in duration. (From IMDB)

Genre Grandeur Worthy? – Not quite. Nice seeing life in the jungle but the story is a bit too bland.