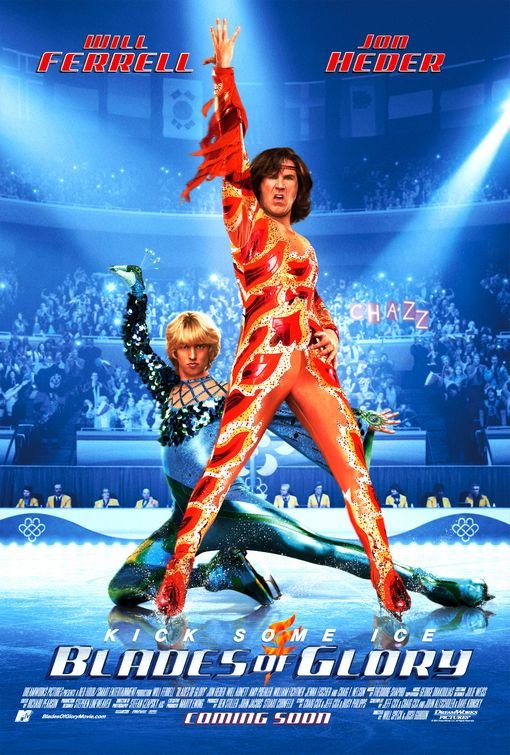 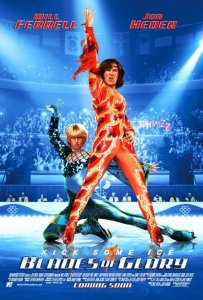 “Troubled childhood? If you consider a 9 year old kid with a 35 year old girlfriend troubled.” – Chazz

Brief Synopsis – Two champion ice skaters get into a fight during an Olympic competition and end up getting banned from the sport.

My Take on it – Pretty funny yet stupid comedy that is far too over the top.

Will Ferrell knows how to be funny and in this role, there is no question about the fact that he once again manages to achieve that goal.

The story itself is a bit far fetched in the way that it plays things out.

Jon Hader is also fun in his role and manages to keep the dialogue between them at a really fun level.

The film is obviously filled with the usual cadre of former SNL cast members along with lots of Ferrel’s normal entourage of comics.

Amy Poehler, Will Arnett and Jenna Fischer all add so much to the way things play out.

The story works within the way that they present things even if it is far from being as plausible or realistic as one might hope for.

The skating scenes are done well and they find ways to keep it nice and thrilling in the way that it comes across.

MovieRob’s Favorite Trivia – The writers claimed that “88.773 percent of Will Ferrell’s dialogue is improvised or changed in some way to suit his persona.” (From IMDB)