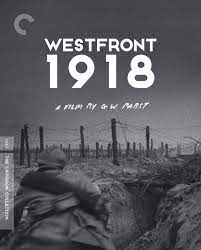 Brief Synopsis – The lives of German soldiers during World War I are explored both on the Western front and on the home front.

My Take on it – This is a n interesting film that tries to show the hardships of soldiers both on and off the front during the final days of World War I (or the Great War as it was known in 1930).

The movie is able to show the grittiness and pointlessness of war as these soldiers do their best to fight and defend their homeland.

It also gives the perspective of how these soldiers long for their home-front and their loved ones and when they get there things aren’t as expected.

The film lacks any real character development and each of the main characters feel as if they fit a certain niche of society and despite trying to show how the army integrates everyone together, it isn’t very effective at helping any of them stand out among the rest because they all feel far too one-dimensional.

The message of the film is similar to ones that have been dealt with for centuries about the futility of war and the pointless carnage and horror of it all.

They find an effective way to show these things even without the need of modern day special effects and storytelling because all they need to do is show the battlefield conditions of the time and that is a picture that really tells a thousand words.

Unfortunately, the story of the characters themselves isn’t as profound.

MovieRob’s Favorite Trivia – This film was banned by the Nazis after they came into power in Germany in 1933. (From IMDB)