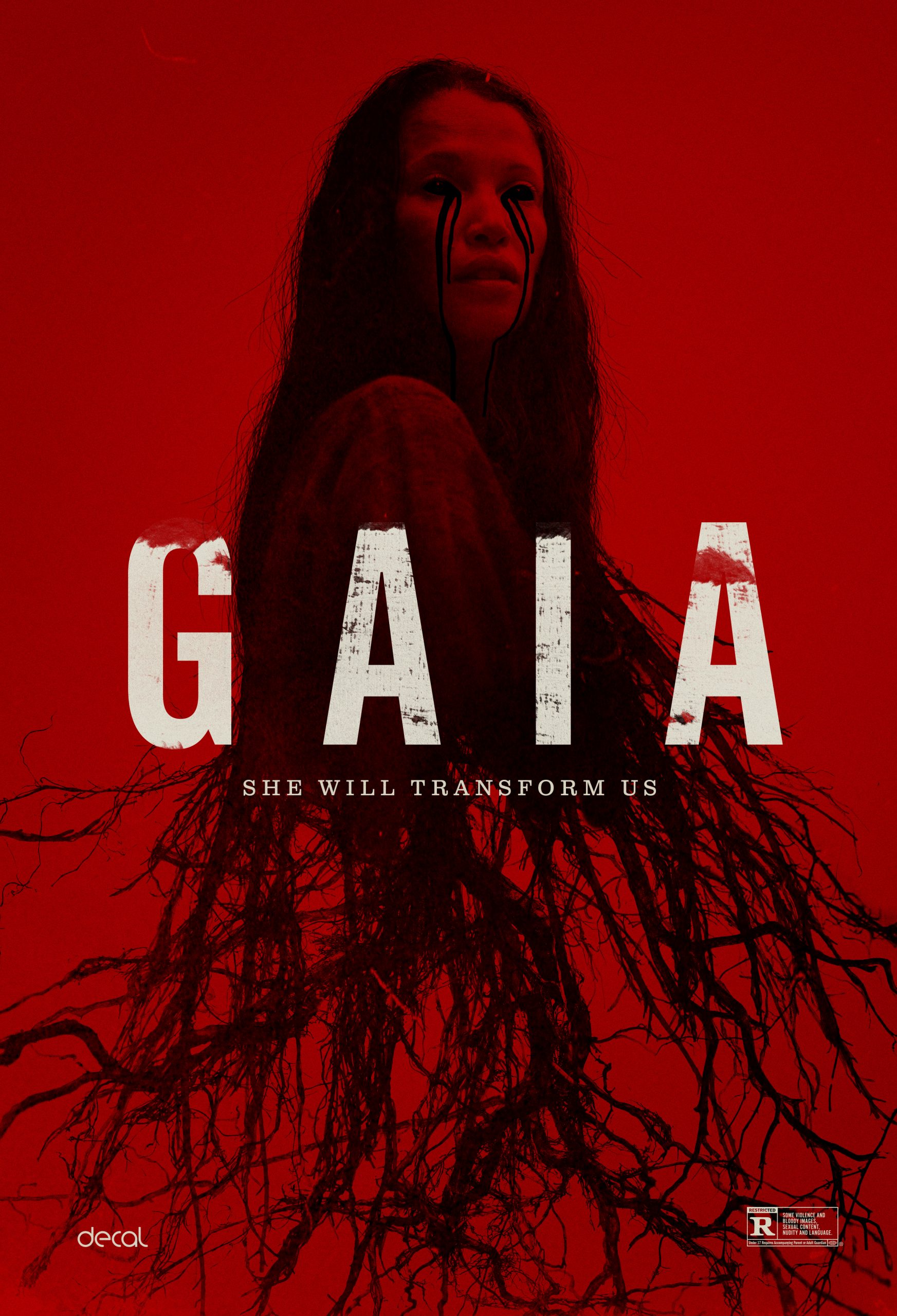 The Setup: An injured forest ranger (Monique Rockman) on a routine mission is saved by two off-the-grid survivalists (Carel Nel and Alex van Dyk). What is initially a welcome rescue grows more suspicious as the son and his renegade father reveal a cultish devotion to the forest, while a greater threat lurks in the wilderness.

Review: Right away, Gaia hits you with the atmosphere. Opening shots rely on aerial drone footage and disorientation to let the viewer know something is not right. Subtle changes in the aspect ratio throughout the film add to how this ambiguous forest setting (filmed in South Africa) pulls you in. There are also the different phases of this film’s plotting, as I didn’t really know where it was going, based on where it started. This speaks to how strong Gaia works as an eerie eco-horror experience, not unlike the recent In The Earth or even The Ruins.

Adding to this film are the three lead performances, with Rockman working as the guide for the audience to discover what’s taking place in this mysterious, dangerous world. And rather than rely on some problematic element involving native characters, Nel and Dyk deliver terrifically, lived-in performances as these survivalists, one much more familiar to the ways of modern man than the other. The mix of disdain for outsiders and curiosity plays a significant role throughout the film, even when Gaia sometimes struggles to focus.

Of course, it is the horror element that hits the hardest. Director Jaco Bouwer doesn’t hold back, with several gruesome scenes mixed with intriguing ways to make the forest come to life through disturbing means. There’s enough taking place in the film’s desire to keep tensions high to make Gaia quite nightmarish, as well as profound in its strongest moments. Were the film to really dive off the deep end when going down the rabbit hole of killer fungi, perhaps a new psychedelic horror classic could have emerged. As it stands, it’s still pretty freaky.