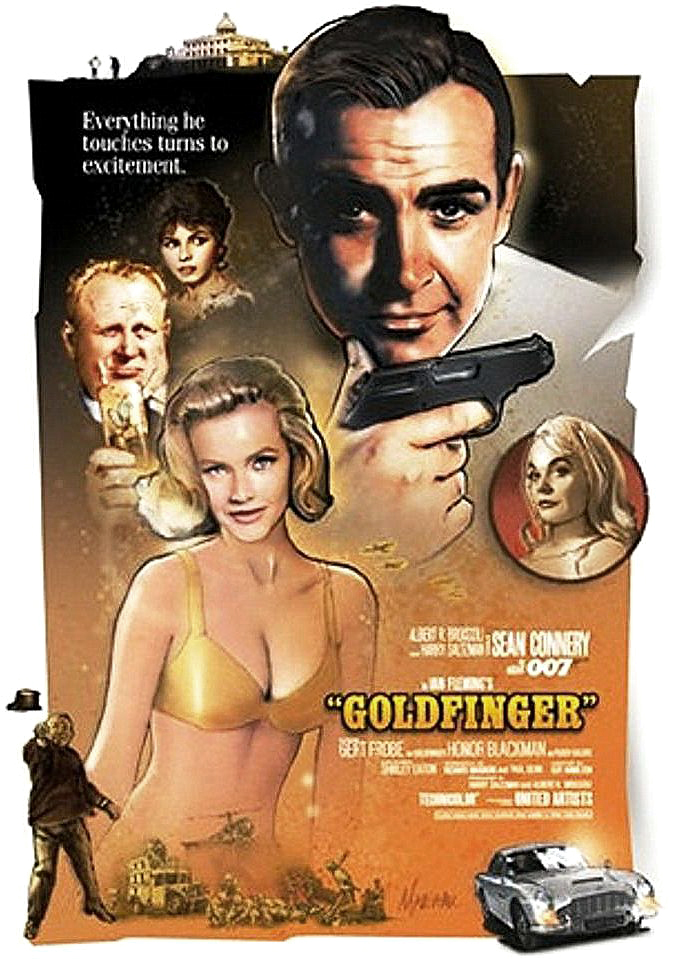 This month’s genre has been chosen by me!

Since the new James Bond film – No Time to Die (2021) is finally being released I have chosen that we will be reviewing our favorite Spy/Espionage Movies.

Please get me your submissions by the 25th of Oct by sending them to 007@movierob.net

Let’s see if I felt that this movie would be worthy of being in the company of my others favorite movies in the genre of Spy/Espionage Movies……. 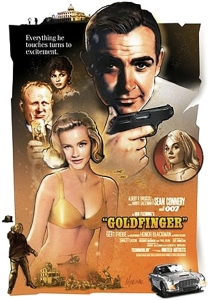 Brief Synopsis – James Bond is sent to find out why a Gold magnate is trying to smuggle lots of gold into the country and change the market for this precious metal.

My Take on it – This is my favorite of the Sean Connery films in the series.

I have always enjoyed the way that this story plays out and even after seeing it numerous times, it still remains so thrilling to watch.

Connery had some other great performances as this iconic character, but for me this is truly his best.

His scenes with either Goldfinger, one of his henchmen or even the numerous Bond girls in this film work so well.

The story unfolds in a great way and constantly keeps things moving one step ahead of everyone involved.

Bond is able to show his mental and physical prowess in this movie and that helps keep things so engaging throughout.

The special effects are also great and add a realism to the ever changing technologies of the time.

The Bond dialogue is as always witty and smirk and helped create the persona of this iconic spy.

MovieRob’s Favorite Trivia – Though he had been considered for, but never appeared in a Bond movie, Sir Michael Caine was the first person to hear the completed score for this movie. After he and roommate Terence Stamp were ejected from their apartment, Caine asked friend John Barry if he could use the spare bedroom at Barry’s London residence. As they were good friends, Barry agreed and so for several months, Caine crashed with Barry and was there the sleepless night he completed his iconic score. At breakfast the following morning, Barry played his composition for Caine, the first time he’d performed it for anybody. (From IMDB)

Genre Grandeur Worthy? – Absolutely! This is one of the best Bond films and Connery is so iconic in this film. The story is gripping throughout.