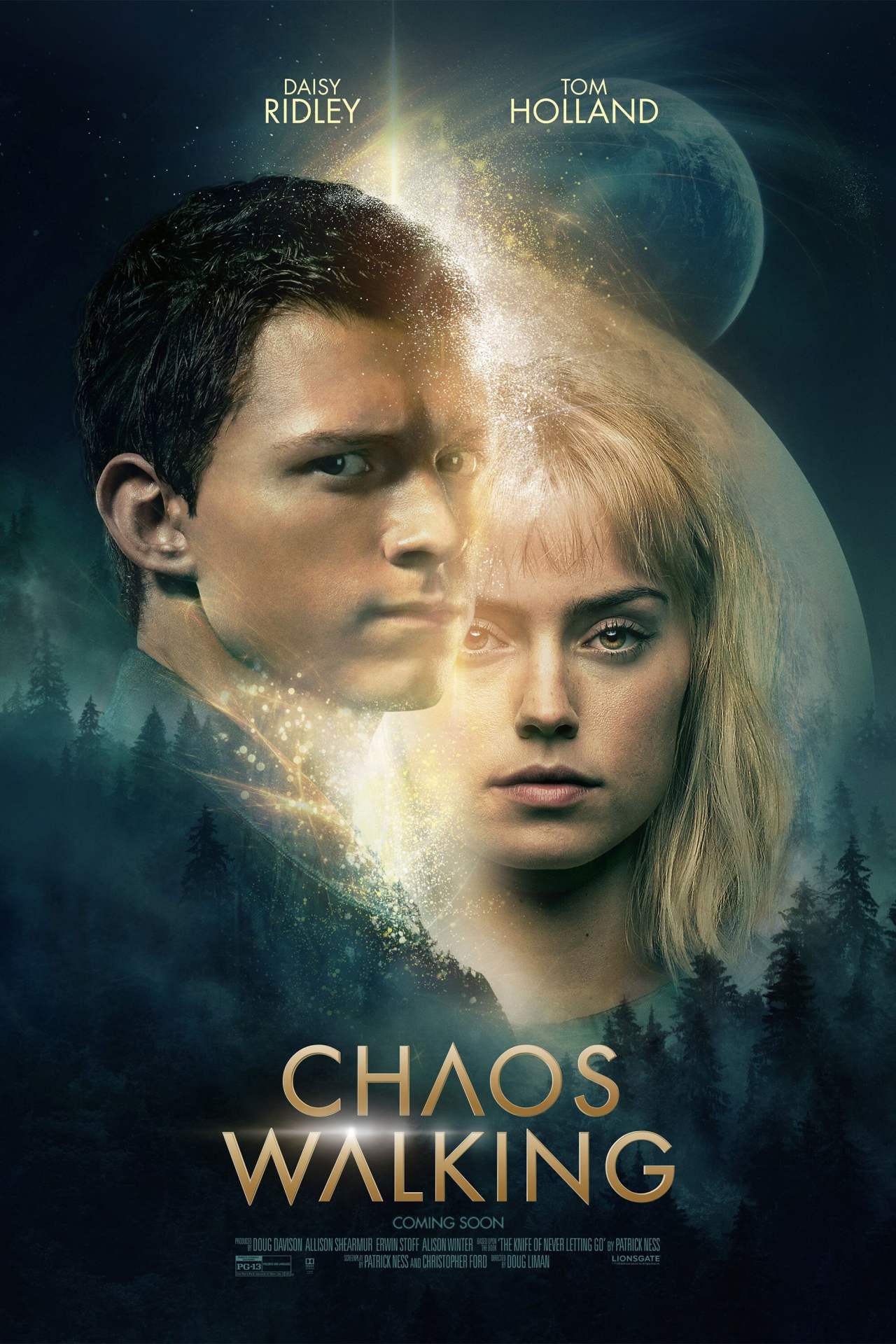 This review is part of the Monthly ABC Film Challenge over at Movie Reviews 101.

This month’s theme is Adventure Films

“Weakness rots from within.” – Aaron

Brief Synopsis – A young man living on a far off planet in the future, surrounded by a society of men living with the ability to hear everyone’s thoughts is confused when a ship crash lands with a sole female survivor.

My Take on it – This is a film that I was curious to see since it stars both Tom Holland and Daisy Ridley.

I knew nothing about it beforehand besides the two main actors.

This is a “quest” film on a far away [planet in the far future.The film has great special effects that allow the viewer to get an idea of what it must be like to hear everyone’s thoughts around you in a very colorful way.

The problem here is that the story itself feels far too simplistic and unoriginal in all that they do here.

None of the characters are developed on any level and this makes it so much more difficult to try and care about any of them or about what will happen to them along the way.

The story moves along in a very predictable arc which doesn’t help make things any more enjoyably to watch unfold which is a shame since the potential is great here.

The biggest problem here is that very little actually happens along the way which makes it even more boring to try and get through.

MovieRob’s Favorite Trivia – During the first week of filming, Tom Holland broke his nose after getting punched in the face by a stuntman during a fight scene. (From IMDB)