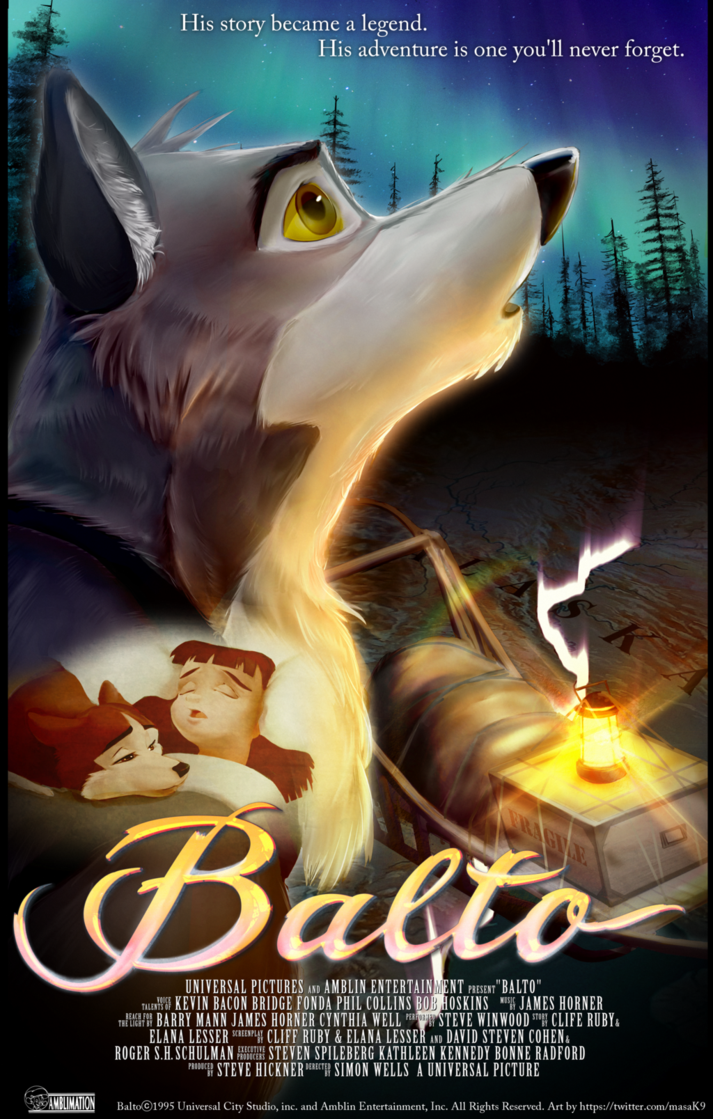 This month’s genre has been chosen by Emily Slade of Why This Film Podcast and we will be reviewing our favorite Non-Disney Animated Films of the 90’s.

Please get me your submissions by the 25th of Dec by sending them to nondisneyemily@movierob.net

Let’s see if I felt that this movie would be worthy of being in the company of my others favorite movies in the genre of Non-Disney Animated Films of the 90’s……..

Brief Synopsis – Adapted story of how a pack of sled dogs were sent on a mission to bring life saving medicine across the Alaskan wastelands in the 1920’s.

My Take on it – This is a film that I never had heard of before coming across it during my research for this month’s genre.

The fact that the story is an adaptation of a true story yet told from the perspective of a sled dog is great and adds so much intensity to everything that transpires.

Kevin Bacon is great in the lead voice role and helps make the viewer care so much more about what transpires to the characters along the way.

The animation is superb and the landscapes of the cold Alaskan winter wastelands are chilling to look at and make things feel as if we have been transported to this cold place a century ago.

The film is bookended by two live action scenes that might be a bit predictable, yet add a more human perspective to the effects and repercussions of the story.

MovieRob’s Favorite Trivia – After the serum run, Gunnar Kasaan, the musher, sold Balto on a nationwide tour. Afterward, the real Balto and his team were sold to a movie producer named Sol Lesser, who made a movie called Balto’s Race to Nome (1925), eulogizing Balto. After that, the team was sold again and put on exhibit as a kind of curiosity show. The dogs were abused, neglected, and forgotten, until a Cleveland businessman named George Kimbal, with the help of Cleveland school children, bought the six remaining dogs for the then astounding sum of two thousand dollars, which they raised in two weeks. The dogs were brought to the Cleveland Zoo, and lived out their lives in peace. When Balto died in 1933, he was stuffed, and put on display in the Cleveland Museum of Natural History. (From IMDB)