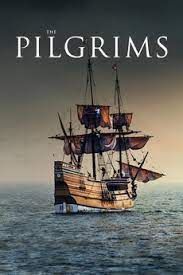 “In the fall of 1607, when William Brewster himself was fined, and threatened with imprisonment, it was clear that only one option remained. To worship God as they saw fit, they must separate not only from the English Church but from England altogether.” – Narrator

Brief Synopsis – Documentary about why religious worshipers known as the Pilgrims decided to leave Europe and settle in the New World in 1620.

My Take on it – As a kid, I remember studying in school about the Pilgrims and their historic meeting with the Indians that would become the first Thanksgiving.

This documentary gives a more in-depth look as to why these men and women were persecuted in Europe and also why they made the decision to eventually risk their lives to travel to the new world.

The movie uses numerous diaries, letters and archival documents to to show the state of mind of these people along the way which sheds so much light on their decision making process.

The true story of what happened is obviously an exaggerated version of the true story and this movie tries to differentiate fact from fiction in these matters.

They use recreations of many of the events discussed here in order to try and give the viewer a more engrossing depiction of what possibly happened along the way.

MovieRob’s Favorite Trivia – In various scenes depicting the Mayflower, the ship is featured to carry the Union Jack. This is incorrect because that flag was not adopted until 1801. Furthermore the United Kingdom (the union of England and Scotland), which it represents was not created until 1707. The only flag that the ship would have carried in 1620 was the English flag which is a white banner with a red cross known as Saint George’s Cross. (From IMDB)