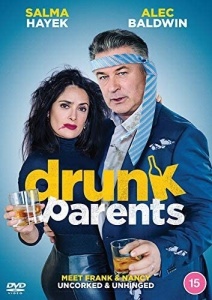 “My Frank and I can overcome anything. ” – Nancy Teagarten

Brief Synopsis – After their daughter goes off the college, a middle aged couple need to find a way to pay for her tuition.

My Take on it –I came across this film and it looked funny and since it starred Alec Baldwin, I too bought the hype.

Unfortunately, this was a completely pointless and annoying film to watch.

Alec Baldwin and Salma Hayek are both great actors, yet they have absolutely no chemistry with one another in this film which hurts things far too much especially since they really need to rely on one another in order to achieve everything they set their minds to here.

The various situations that they keep finding themselves in are too outrageous to truly believe and this is a case where the writer is driving the story to some very strange places.

The way that the characters and story jump around geographically is completely absurd and ruin part of the magic that movies usually have.

The one bright spot in this film is Jim Gaffigan who IMHO is always completely hilarious.

He knows how to create such fun characters even when they are meant to be despicable.

He steals every scene he is in (Not hard) and has numerous fun interactions with the main cast.

The plot is really really silly and that is probably a main part of the reason that this was shelved for nearly 3 years before it was finally released.