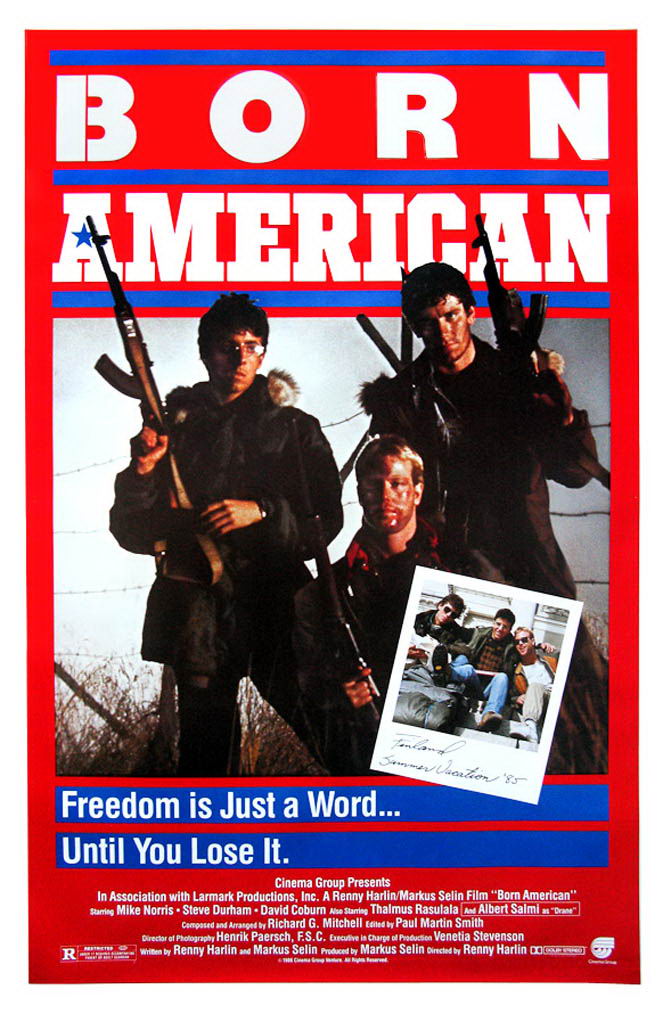 “[while torturing Mitch] We really do have all the time in the world.” – Interrogator

Brief Synopsis – A group of American tourists in Finland accidentally cross into Russian territory and get arrested.

My Take on it – Horrendous film that is so bad that it’s funny.

This film is led by Chuck Norris’ son Mike and despite the poster making it look like a Red Dawn (1985) doppelganger, it is so far from that.

The film shows how these youths accidentally get stuck in Russia and are immediately accused of raping and murdering a young village girl.

They try to escape form the villagers who wish to kill them and end up getting caught and sent to a Russian prison that is not easy for them to survive in.

The best part of the prison scenes are the use of a Chess – Fight Club scenario despite the story not explaining enough about what is truly going on.The movie is filled with tons of plot holes that just add to the hilarity of it all.

This was Director Renny Harlin’s directorial debut and even from a turkey like this one, it’s possible to see how much of a penchant he always has for some pretty good explosions.

The dialogue made me groan throughout and it’s far too easy to not care about any of the characters or what will happen to them along the way.

MovieRob’s Favorite Trivia – Most expensive film ever made in Finland in that time. (From IMDB)