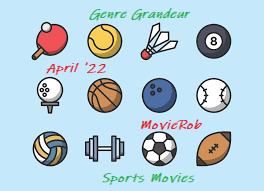 Next month’s genre has been chosen by Matthew Simpson of Awesome Friday and we will be reviewing our favorite Best Picture Nominated Movies that didn’t win.

Thanks again to Tyler of The Geek Card Check for choosing this month’s genre.

Please get me your submissions by the 25th of May by sending them to AwesomeMatthew@movierob.net 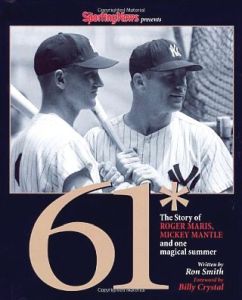 “Ambidextrial, you know… this side, that side.” – Yogi Berra

My Take on it – When Tyler chose this genre, I knew that this film would be one of the ones I reviewed because it feels so personal and touches me every time I watch it.

Billy Crystal was able to create a love letter to baseball and his own personal hero Mickey Mantle with this movie.

The film is book-ended by the modern tale of the race for Mark Maguire and Sammy Sosa trying to eclipse Roger Maris’ single season home run record and that helps show the cyclical nature of sports and how things work.

The story is told in such a fascinating way that it is quite hard not to find any of these characters unlikable especially given the way that they don’t pull any punches when showing how some of them acted.

The cats is superb with Barry Pepper and Thomas Jane both doing amazing jobs portraying these baseball greats.

The film is able to show how much of a high pressure environment the sports arena can be and I really liked how much they showed that the sportswriters are integral to everything because a lot of that pressure comes after interviews and comments with these reporters.

The film has a tremendously talented supporting cast that help make this story so profound and poignant to watch over and over again.

MovieRob’s Favorite Trivia – Because there was no accurate documentation of it, no one knew what the precise color of the Yankee Stadium seats were in 1961. When faced with this dilemma, production designer Rusty Smith was told that Billy Crystal had an old bleacher seat from Yankee Stadium. Though the seat was completely painted blue, Smith found one small chip of green on the seat that proved to be the true Yankee Stadium green. (From IMDB)