For this month’s next review for Genre Grandeur – Fantasy Movies of the 21st Century, here’s a review of Hard to Be A God (2013) by David of BluePrint: Review 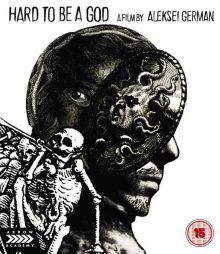 I’ve not made my life easy this week. Of the four films I’ve watched to review, three of them were lengthy, surreal, mind-benders and I saved probably the toughest one to last. Hard to be a God was a project its director Aleksei German had been interested in since the 60’s when he read the book of the same name, written by Arkady and Boris Strugatsky (who also wrote the novel Tarkovsky adapted as Stalker). German supposedly planned to make the film in the 80’s, but was beaten to it by Peter Fleischmann, who made his own adaptation in 1989. German finally started work on his version in 2000, spending 6 years shooting it. It took a further 7 years to edit the film, with German actually dying in 2013, before completion. His son Aleksei German Jr, also a respected filmmaker, helped put the finishing touches to it (largely special effects and sound tweaks) alongside his mother Svetlana Karmalita. This epic undertaking finally hit British shores this year and I got my hands on Arrow’s impressive Blu-Ray release.

Hard to be a God is set on a planet called Arkanar, nearly identical to Earth but some 800 years behind in terms of development. Its progress is further hindered by the fact that the planet’s ruling classes have suppressed the birth of the renaissance, meaning the world is stuck in a bleak, ugly version of our middle ages. A group of scientists from Earth have landed on the planet to observe proceedings. One of these, a man named Anton, is asked to help the planet’s society progress, but without forcibly interfering with the advancement of technology or culture. He is given the identity of a nobleman named Don Rumata, who to many is considered a God. His promise of not interfering becomes difficult however as rebels and religious groups vie for control and the devious Prime Minister Don Reba tests his patience.

This may all sound like the plot of a vaguely trashy sci-fi/fantasy adventure from the 80’s (which Fleischmann’s film sounds to be), but German’s presentation makes it anything but. For one, the dialogue is purposely very fractured and messy. Various conversations are going on at once sometimes and we often only hear snatches of the key information we need to grasp what is happening. In fact it wasn’t until I saw the supplementary material on the disc and looked at Wikipedia that I understood the plot as a whole. I could just about get a grasp of the main in’s and out’s, but I kept getting confused as to who was doing what and why. 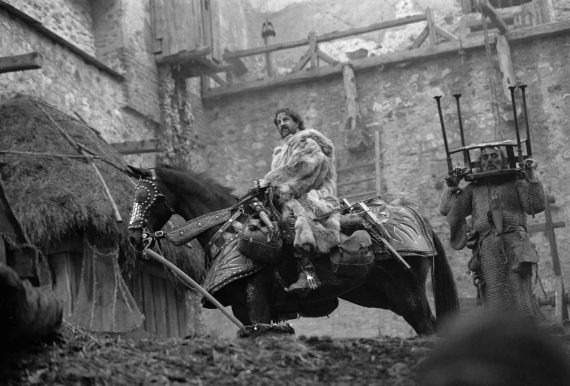 This made the three hour running time a bit of a chore to be honest and I was tempted to rate this lower than I have, but I can’t deny the remarkable cinematic artistry on display and it’s a film that grows in stature on reflection and analysis.

Most outstanding is the way the film plunges the audience into Arkanar, through its mis-en-scene and use of the camera. The setting is continuously wet, muddy and filthy. Bodily fluids, be it shit, piss or blood, feature heavily and all manner of in-your-face imagery is used to create a grotesque spectacle. Speaking of in-your-face, the film keeps very close to its subjects most of the time, cramming the frame with a chaotic mess of sweaty men (there are very few women in this film), the weaponry they wield and the filth they fling. In stark contrast to the decaying but antique beauty of The Hourglass Sanatorium I watched earlier in the week, Hard to be a God is more like a black and white Hieronymus Bosch painting. Like Bosch’s work it’s curiously bewitching though and even if the screen is filled with wild and raw imagery, it’s a controlled chaos. Having the camera float through it all in long moving shots creates a magnificent visual experience, albeit a frequently disgusting one.

The use of sound is unusual too. There’s no music and all of the audio is post-synced (put on afterwards), so rather than full naturalistic sound, everything seems hyperreal. With the disorganised dialogue coming through at various levels and a minimalist tapestry of exaggerated sound effects as its backing, the soundtrack makes for a nightmarishly mesmerising journey. 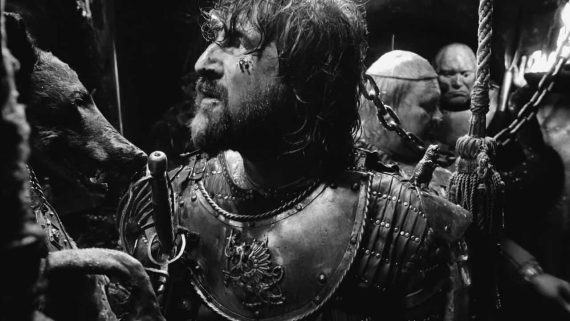 It’s not a film I would recommend to everyone. It’s not an easy watch due to its difficult to follow storytelling and the unpleasant nature of what is thrust in your face throughout. However, if you can stomach it, the film is an incredible showcase of world-building and cinematic craft. Rarely has a film felt so immersive and German didn’t need gimmicks like 3D to achieve this (he didn’t even shoot in colour!) I may not have always enjoyed watching Hard to be a God, but it was an experience that will stay with me for years to come and it stands as a truly unique statement from a director sadly no longer with us. Here’s hoping his back catalogue eventually gets released over here (this is the first of German’s films to come out in the UK and he made 6).