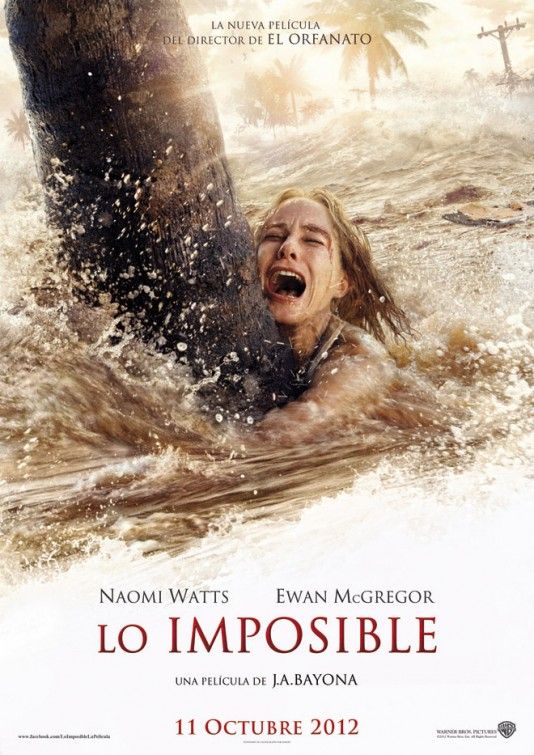 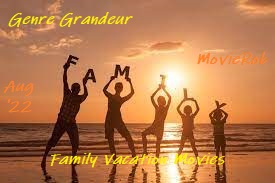 For this month’s next review for Genre Grandeur – Family Vacation Movies, here’s a review of The Impossible (2012) by James of Blogging By Cinemalight

Next month’s genre has been chosen by Darren Lucas of Movie Reviews 101 and we will be reviewing our favorite New York Films That Take Place Prior to 9/11.

Please get me your submissions by the 25th of Sep by sending them to pre9-11NYCDarren@movierob.net

Disaster Relief
or
The Tides That Bind

It truly is an amazing story, fully befitting the title The Impossible. The heart-and earth-rending circumstances surrounding the 2004 tsunami are the stuff of nightmares.

The Bennett family is spending Christmas 2004 in Thailand. They’re Australians living in Japan: she’s a wife/mother/home-maker for now, a doctor by trade; he’s a something or other, attached to his phone and worried about losing his job. The kids are twelve, seven, and five, respectively with the oldest, Lucas, a bit of a pre-teen jerk to everybody—little brothers and parents—and has a bad case of “the surlies” with a lot of growing up to do.

Thailand at Christmastime 2004 is the perfect time to do it. Their seaside resort is pristine, perfect. They spend Christmas lightly bickering, worrying, and considering the future. Man plans. God laughs
.
What they can’t anticipate is the earthquake that rocks Southeast Asia, or the resulting wall of water that comes crashing through the resort, pushing everything out of its path, slamming everything up-shore, sucking it back to the ocean and then, hammering them again, turning the tidelands into a raging river in both directions, scattering everything in random paths.

That includes the Bennetts. When Mom Maria rises above the wall of water, battered and bleeding, she sees Lucas being carried away to the ocean.  The two desperately risk safety and stability to connect and stay within reach, despite being tossed about like so much silt. When the waters subside they scrabble in bare feet amid the carnage of uprooted vegetation, rubble and broken bodies.

Maria’s leg is torn apart, flesh ripped from bone. A makeshift tourniquet keeps her together, and Lucas becomes parent, keeping her focused through her shock and finding high ground and supervising her trip to a triage center, a hospital drastically ill-equipped to deal with the wreckage of such a catastrophe. What has become of the rest of the family is anybody’s guess, but that is for another time, if they can spare it from just surviving.

Director Juan Antonio Bayona (in the credits, he’s “J.A. Bayona”) manages to keep the focus micro, while presenting a macro canvas. That in itself is an amazing accomplishment, but he has an amazing talent for making things personal and visceral, the scenes of the struggle swept up in the ocean waves is tough to watch, and the inundation of the victims in the tsunami’s path, as experienced by Maria is a surreal nightmare of images, that convey panic and horror simultaneously.

The details of everything, especially the personal crises of the peripheral victims is in plain view, as much a part of the story as the Bennett’s struggles. Their crisis is central, but the individuals’ own efforts in providing help to other survivors is reflected by the help they get back. It’s a story of one family, but the efforts of all the survivors, native and tourist, to help each other through the overwhelming havoc is knitted throughout the story in an overall arc that is inspiring, and something of a tonic in this movie season.