For this month’s next review for Genre Grandeur – New York Films That Take Place Prior to 9/11, here’s a review of Klute (1971) by David of BluePrint: Review. 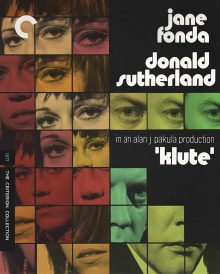 Of all the filmmakers to emerge from the ‘New Hollywood’ movement in the late 60s and early 70s, Alan J. Pakula isn’t one of the most well-known. However, he made a few very highly regarded films that should earn him a place alongside the household names of the era. His most famous films are those that make up his unofficial ‘paranoia trilogy’, Klute, The Parallax View and All the President’s Men. That trio of titles have been on my watchlist since I first got into classic cinema as a teenager, but for whatever reason I’ve been rather slow on getting to them. I finally saw All the President’s Men five years ago and was very impressed, but the others have always passed me by. It didn’t help that Klute has never had a DVD release in the UK, let alone Blu-ray, but thankfully Criterion have come to my rescue and are bringing Klute out in one of their beautifully restored and feature-stacked sets. Needless to say, my hand shot straight up when screeners were being offered.

Klute opens with a very civilised middle-class dinner party before sharply cutting to an empty dining chair next to which John Klute (Donald Sutherland), Peter Cable (Charles Cioffi) and Trina Gruneman (Rita Gam) are being interviewed about the disappearance of Trina’s husband, Tom (Robert Milli). The detective claims that this happily married man actually had disturbing violent sexual habits, described in intimate letters he’d written to a call girl. The lady in question was Bree Daniels (Jane Fonda), who couldn’t remember the man well enough to help, so the police investigation soon grinds to a halt. Trina and Peter want to keep looking though, so hire their friend Klute, who is a private investigator, to dig deeper. He goes straight to Bree, using some initially sneaky methods to force her to collaborate, but as his investigation continues the very ‘square’ country boy grows ever closer to her as does she to him. Meanwhile, Bree is searching for ‘respectable’ work as a model or actress but with little luck, so can’t resist continuing to make a living from her ‘Johns’.

I had high hopes for Klute, given the kudos it’s earned over the years, and it didn’t disappoint. Like most of the best films of the late 60s and 70s it offers a mature and intelligent experience rather than the escapist entertainment popular in previous eras and the following ones. It offers a rich and fairly complex look at those working in the sex trade, exploring the supposed underbelly of society whilst exposing its close relationship to the ‘respectable’ middle classes. With its seedy city setting, disappearance mystery and private detective protagonist it has the feel of a neo-noir at times, when acting like a thriller, but much of the film plays out as more of a drama, focusing on Bree and her circumstances. This meant I was confused as to why the film was called Klute. Sutherland’s character is an important one and is one of the protagonists but he takes a backseat to Bree for the most part and the film seems to be about her more than anyone or anything else. I was so confused by the title that I initially wrote Fonda’s character as ‘Klute’ in my notes as I watched and continued to do so, even as I realised my mistake.

This is just a bizarre quibble that has nothing to do with the quality of the film though. Away from the characters and looking at the performances, they’re all very good but Fonda is simply magnificent. She took home her first Oscar for her role here and deservedly so. She perfectly handles the balance of surface strength and inner weakness as well as the insecurities required for the character, with great nuance and depth. The film acts as further proof of the immense talent exuding from the Fonda clan, with father Henry, brother Peter and niece Bridget all delivering stellar work over their careers.

Fonda originally didn’t want to take the part though. Deeply involved in activism at the time, she didn’t feel the role fit her feminist beliefs. However, her mind was changed (by her agent I believe she said in an interview) and she eventually realised it was more feminist than it seemed at first glance.

And indeed, the film examines the power women have over men through sexuality as well as criticising the ultimate control men have elsewhere. Part of this examination comes in comparing Bree’s work as a prostitute with her auditions for modelling and acting jobs. It’s in the latter when she and other women are dehumanised. They line up like cattle whilst men judge their looks and swiftly dismiss those that don’t fit their desires. When working as a call-girl, Bree is in the driver’s seat, leading and controlling the situation. There is an important contradiction to this in a key scene though and Bree’s dependence on her on-off pimp (played by Roy Scheider) prevent the film from sugar-coating the sex-trade or claiming its a perfect feminist career choice. Scenes with Bree visiting a psychiatrist, though a tad on-the-nose perhaps, also clearly lay out her insecurities and issues with her job. These were recorded at the end of the shoot and improvised by Fonda after she had inhabited the role for a considerable time.

The film also looks great, which is to be expected from the great cinematographer Gordon Willis (The Godfather Parts 1 & 2, Manhattan etc.). It has that naturalism inherent in most films of the 70s but with clever use of light and dark and composition to become wonderfully cinematic and thoughtfully crafted. 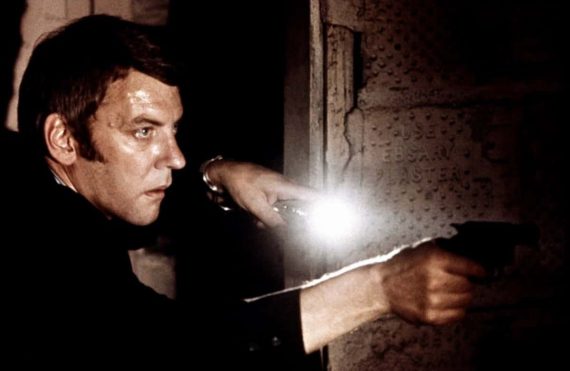 If I were to make one criticism, it would be that the climax and finale are a tad conventional, though the former is very tense and the denouement, though seemingly a ‘happy ending’, could perhaps have more to it than meets the eye (is Klute really that much of a ‘good’ guy?).

These are very minor issues in an otherwise superb film though. Klute is a prime example of the mature, slow-burn, layered cinema the New Hollywood period was known for. With a powerhouse central performance, fantastic cinematography and measured direction, it’s a masterful piece of filmmaking. I need to finally get around to The Parallax View now. Criterion, are you listening?