For this month’s next review for Genre Grandeur – New York Films That Take Place Prior to 9/11, here’s a review of Light Sleeper (1992) by David of BluePrint: Review. 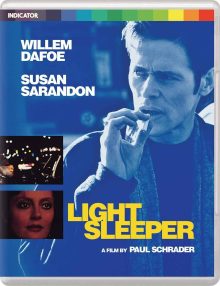 Paul Schrader describes Light Sleeper as one of his favourite films he’s made. He sees it as a spiritual successor to Taxi Driver and American Gigolo, focussing on a middle-aged version of a similar lead character to the protagonists in those films. Here, our central focus is a man who drifts on the outskirts of society and “looks in on other people’s lives but doesn’t really have one of his own and wants to figure out how to get one.” Schrader said he’d been toying around with the idea of writing such a midlife crisis film but was struggling to find the right angle. Supposedly it came to him in a dream one night, when a vivid vision of a drug dealer he used to know appeared before him.

Schrader wrote his script after that vision and the production was originally budgeted around $11 million, but he and his producers were struggling to get anyone to back the project so, by the time they did, they’d cut the budget to about half of that. Schrader agreed to take deferred payment for his work to help save money and Dafoe, producer Linda Reisman and others followed suit.

Though keeping resources and the shooting schedule slim, this perhaps helped the cast and crew put more passion and effort into their work. The resulting film got fairly good reviews on its release but made little impact on the box office and has become relatively forgotten over the years. Thankfully, Indicator are giving Light Sleeper a new lease of life with a beautifully remastered Blu-ray, packed with special features. I gave it a watch and my thoughts follow. 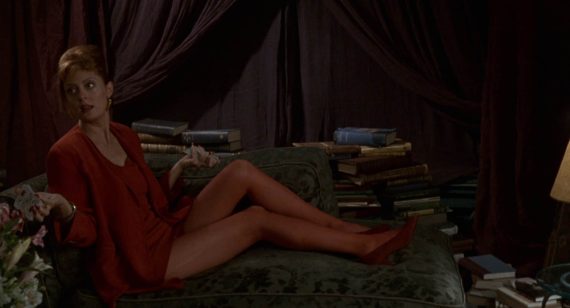 He glimpses redemption when he runs into his ex-girlfriend Marriane (Dana Delany). John still loves her and wants to rekindle the relationship now he’s clean but Marriane is too scared seeing him will only bring back her old habits and ruin the new sober life she’s worked hard to build.

Marriane is also currently caring for her ailing mother who doesn’t have long to live. Whilst Marriane and John sleep with each other one night, an act she sees as a way of saying goodbye to him, Marriane’s mother dies. She’s devastated and attacks John, who she believes ruins her life at every turn. 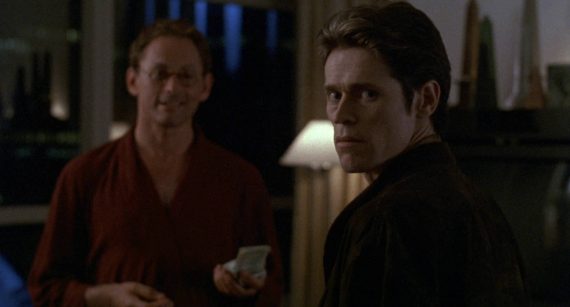 I thought Light Sleeper was excellent. It takes a refreshingly low-key, unglamorous approach to the world of drug-dealing. Although they’re dealing to fairly high-class clients and Ann does pretty well for herself, the trio of pushers live relatively modest lives without the usual glitz and glamour or violent clashes and tension you get from typical drug dealer thrillers. They act like any group of bosses and staff in a small business, yet with a close rapport akin to a family at times. You see some pathetic and desperate users they sell to (reluctantly, as John has a conscious about pushing abusers to breaking point), but also many very average, stable-seeming customers. This approach allows for a much more believable portrayal of the drug world than something like Scarface or even grittier fare like King of New York.

This low-key style shifts in the latter portion of the film once the hints of drug murders mentioned earlier seep into John’s world. Schrader was unsure of these plot devices. He was purely interested in the characters but felt the need to insert more of a plot and drama to keep the audience engaged and satisfied. He describes how a critic complained about how Schrader resorted to gunplay in the finale and it really stung him as it was true. Personally, I feel the climax worked though and the build-up to the violence was still restrained and fit the tone of the film. I’m not sure how else he’d have crafted a satisfying conclusion anyway. 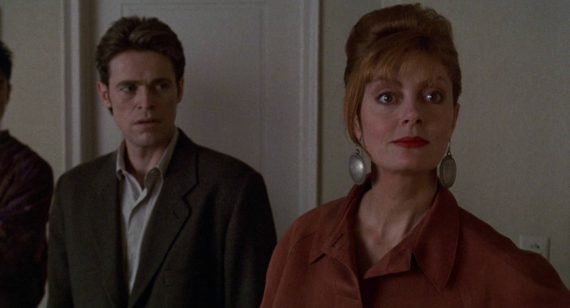 In subtle character studies like this, the performances make or break the film. Thankfully, Light Sleeper has a fantastic cast. Willem Dafoe is a highly respected actor so it’s no surprise he’s wonderful in the lead role, but it’s great to see him deliver such a restrained performance in comparison to some of his ‘bigger’ ones, such as his recent turn in The Lighthouse. Sarandon is very good too, playing a much larger-than-life character in comparison. Her Ann is feisty and commanding, but also warm and approachable. She shows fragility as the film moves on too. Delany, who never achieved the same level of fame as her co-stars, also impresses in her key role.

Elsewhere in the cast, there are a number of recognisable, if not always famous, faces. There are small early appearances from Sam Rockwell and David Spade, who would go on to bigger things in later years, but you also get a raft of great character actors filling in the minor roles, such as Victor Garber, Jane Adams and Schrader’s wife, Mary Beth Hurt. 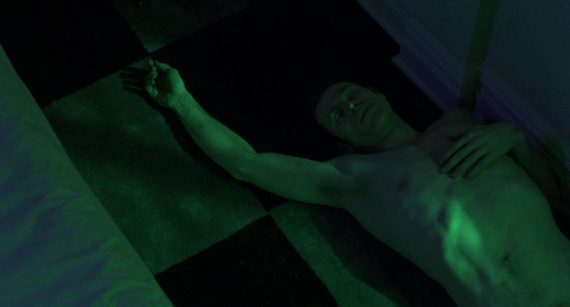 The film looks great too. Ed Lachman, who would later shoot some stunningly beautiful films for Todd Haynes, is the cinematographer here. He makes effective use of the New York locations, often bringing to mind Taxi Driver’s street scenes, as well as crafting some carefully composed shots that reflect the scenes’ themes and psychology. There’s a lot of smooth camera movement incorporated too, which provide a floating sensation akin to the drifting personality of John.

The use of music in the film is fairly unusual. Schrader always wanted songs running through the film, conceiving a song cycle that reflected the mental state of the protagonist. He originally contacted Bob Dylan, as he knew him from shooting one of his music videos, and had five of his songs in mind and even wrote the lyrics to these into the script. Dylan would only offer a different five tracks though and they didn’t work. Someone suggested Michael Breen, who was also an actor that had worked on Last Temptation of Christ (which Schrader scripted), and he ended up writing a series of songs inspired by the Dylan lyrics that Schrader originally wanted. 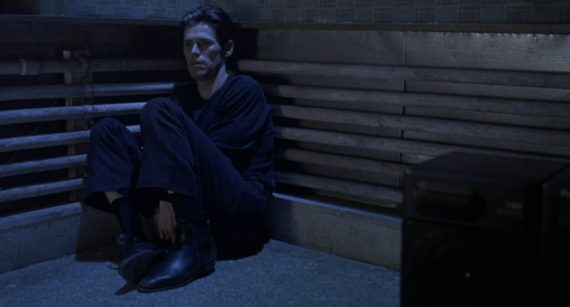 This use of music can be a bit distractingly in-your-face at times, especially for such an otherwise quiet and small-scale film, but I do like the mood it provokes and it’s a fairly original approach to scoring.

Overall, Light Sleeper is a refreshingly low-key, melancholic take on the drug dealer drama/thriller. Featuring a superb central performance, supported by a fine cast of character actors and suitably moody cinematography, it’s a fine piece of work and an under-appreciated gem from a talented filmmaker.