For this month’s next review for Genre Grandeur – Films About Doctors, Nurses and Hospitals, here’s a review of Gemini (1999) by David of BluePrint: Review.

Thanks again to J-Dub of Dubsism for choosing this month’s genre.

Next month’s genre has been chosen by James of Blogging By Cinemalight and we will be reviewing our favorite Films With Santa Claus or Santa Claus impersonators.

Please get me your submissions by the 25th of Dec by sending them to santa@movierob.net 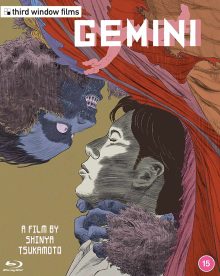 Released 10 years after his career-defining cult-classic Tetsuo: The Iron Man, Gemini saw Shin’ya Tsukamoto move slightly away from his usual work. It was the first period film he made, after working in futuristic and contemporary settings previously. It was also a rare film that he didn’t originally write or devise himself. Generally a fiercely independent filmmaker that could certainly be called an auteur (he took on many roles on most of his films, including writing, directing, camerawork, editing and acting), with Gemini he was asked to write and direct the film based on a short story by the popular Japanese mystery writer Rampo Edogawa.

The project was actually initiated by the film’s lead actor, Masahiro Motoki, who thought Tsukamoto would be a good fit for the material and wanted to work with him. Tsukamoto agreed, as he was a big fan of the short story’s writer and thought he could add his own spin to it. Gemini was originally due to be a mid-length (45 minutes to an hour) independent film, but Toho came on board and asked it be made into a feature. Toho’s involvement made this one of Tsukamoto’s rare studio pictures, though when the company asked to expand the film into a 90-minute feature, they didn’t increase the budget, so things had to be kept relatively low-key. Still, for Tsukamoto this was a film that offered slightly greater resources than he was used to.

This studio input and less personal nature of the material made me worry that perhaps Gemini was Tsukamoto-lite but, despite it being atypical of his work at the time, it still offers enough splashes of what I love about the director and is a decent film in its own right. 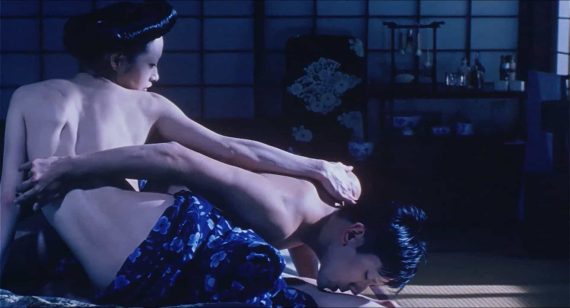 Gemini is set in late Meiji era Japan and opens by introducing us to Dr. Yukio Daitokuji (Motoki), who is a young, successful doctor who has recently moved from being a military physician to taking over his father’s (Yasutaka Tsutsui) practise. Yukio is married to Rin (Ryô) and the pair seem very much in love initially. However, Yukio’s mother (Shiho Fujimura) doesn’t like Rin. She’s largely concerned with the fact her family background is unknown, due to Rin reportedly suffering from amnesia after being caught in a house fire. In these times, there was a strict class divide, further enhanced by a plague ravaging the lower-classes.

Yukio’s privileged existence soon hits the rocks, however. To begin with, both his father and mother die suddenly, in quick succession. We see the latter killed (sort of – she has a heart-attack) by a mysterious man that looks identical to Yukio.

Further spoiling matters, one night both a plague victim and the mayor, who’s injured himself after a drunken night out, arrive at Yukio’s practice at the same time. Yukio chooses to treat the mayor and sends the plague victim away, much to the disappointment and anger of Rin. 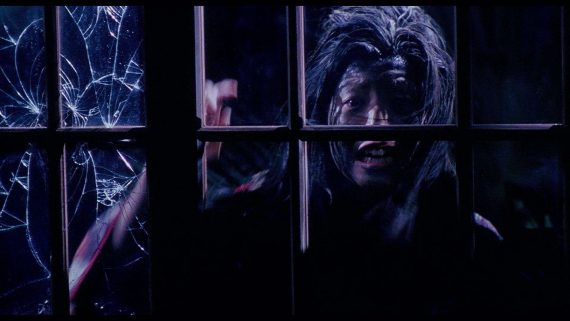 A much bigger spanner in the works comes soon after, when Yukio’s mysterious doppelganger abducts him and throws him down an old dried-up well on his estate. Yukio’s assailant, the slum-dwelling Sutekichi (also played by Motoki, of course), proceeds to imitate him and take over his life. Sutekichi keeps Yukio alive in the well, dropping food down to him now and again whilst gloating over his assimilation.

We gradually learn the true reason behind Sutekichi’s actions, as well as how Rin ties in with all of this, but I won’t spoil things.

Gemini does lack a little of the wild energy of Tetsuo and similar films from Tsukamoto, though it shows a level of control befitting the subject matter. The film explores the class divide, as well as the dual sides of man, and these are contrasted in not just costume and production design, but in the cinematography. Yukio’s high-class world is presented in carefully composed, static or smoothly-moving shots with a cooler palette of colour-washes to reflect his comfortable, controlled existence. However, Sutekichi’s scenes and the slums are given Tsukamoto’s more wild treatment, with more frantic camera movement and earthy colours. 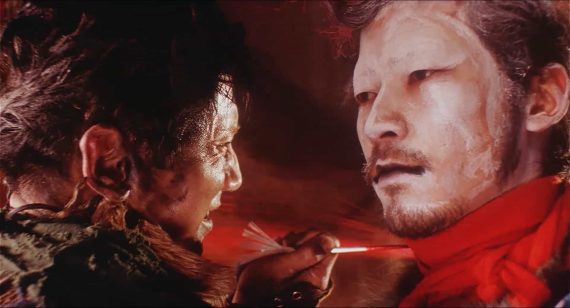 Though less rapidly paced than much of the rest of Tsukamoto’s work at the time, Gemini has a great sense of atmosphere and tension, particularly in the first act, which plays out like a ghost story for much of the time. Things get more intense in the finale, as well as in a couple of flashbacks, but largely this is more of a psychological thriller than a horror movie.

Though the film has a period setting, Tsukamoto also manages to add his unique, heightened sensibility to the production design too, in places. Most notably, the people of the slums are dressed in makeshift punkish outfits that look more like something out of musical theatre than period costume (Sutekichi and his family are actually part of a theatre troupe). The upper classes are given more traditional outfits, though Tsukamoto throws in an outlandish touch with the S&M style protective plague clothing worn at one point.

Motoki does a good job with the dual roles. I imagine this was the reason he was keen on developing the project, as it gives him a chance to flex his acting chops. He overdoes it occasionally, but this is fairly typical for Japanese cinema, particularly from the films of Tsukamoto. 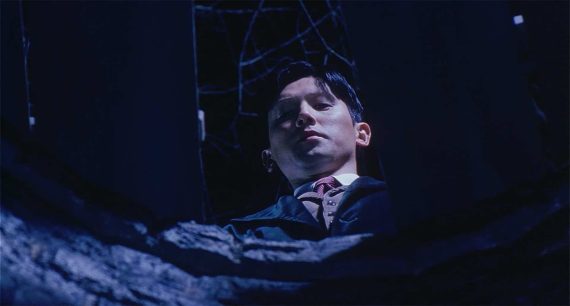 There was something missing for me though. It’s hard to put my finger on what. Perhaps I was just not in the mood or more likely I was expecting an assault on the senses akin to much of the rest of Tsukamoto’s previous films. I could see the end coming, which may have been part of my disappointment too, though I still like the way it played out.

Nevertheless, even if it didn’t grab me in the way I’d hoped, Gemini remains a stylish, gripping period thriller with some enjoyably bold touches. It’s lean, mean and independent, like the best of Tsukamoto’s work, despite the studio involvement.