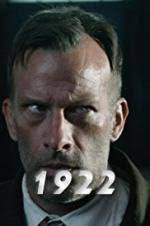 “I discovered something that night that most people never have to learn. Murder is sin. Murder is damnation. But murder is also work.” – Wilford

Brief Synopsis – A Nebraskan farmer in the 1920’s decides to find a way to kill his wife and gain a full inheritance.

My Take on it – Despite never claiming to enjoy horror movies, I still do my best to watch all Stephen King adaptations since e is such an amazing writer.

This story was extremely boring and I wanted to turn it off so many times eventhough this is a relatively short film.

King might usually be able to write beautifully with deep and interesting characters, but I couldn’t take anything from this film that would prove that this wasn’t an exception to that rule.

The characters and story were really uninteresting to follow and I didn’t care what would happen to any of them at any given point.

Thomas Jane plays the main characters strangely and adds a heavy and weird accent to the lead character which made things even more annoying.

Granted, I haven’t read the novella that this is based on, but after having endured this film, I don’t expect to seek out the story any time soon because I assume that the novel is just as slow and boring as this film was.

Bottom Line – Terribly boring story. Yes, it might have been written well by King (what isn’t), but the characters and the story just aren’t interesting enough to want to follow. More so, Jane plays the main character so strangely and adds a weird accent when he speaks that it just didn’t do it for me at all.  I haven’t read the novella that this is base don and now I have no real inclination to do so because of the way this story unfolds so slowly.