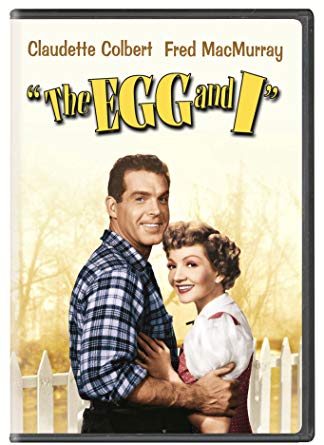 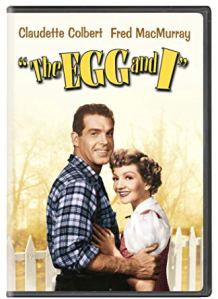 “Last money I saved up, Pa put it in a couple of minks he was goin’ to breed to make us a fortune. They up and died before they got around to breedin’.” – Ma Kettle

Brief Synopsis – A newly married young woman must deal with the fact that her husband wishes to live on a farm and raise chickens.

My Take on it – This is another film that I only even heard about during my current quest to watch all films with Oscar nominated performances in them.

I had high hopes that this would be a fun and entertaining film especially given the fact that it stars Fred MacMurray and Claudette Colbert.

Unfortunate, this movie is quite mediocre and doesn’t really work so well.
The fact that it’s based on truth helps things a bit, but not enough.

The story and plot are pretty tame but it finds a way to stay a bit interesting throughout due to some clever subplots that are more intriguing than the main one.

Colbert and MacMurray are both great actors but they have no real chemistry here which makes the feel even more mismatched.

The two standouts in this film are two minor characters who garnered so much popularity from this film that they got a string of sequels based solely on them – Ma and Pa Kettle.

Her role helps keep the storyline and tone of things stay level throughout.

Bottom Line – Mediocre film that works slightly better due to the fact that it’s based on truth. The story itself is quite tame yet it manages to stay interesting throughout the entire film even with a few strange missteps along the way. Colbert and McMurray are both great actors yet they seem quite mismatched here and their characters have very little chemistry together. The standouts in this film tho are not either of the leads but rather two supporting characters who ended up getting their own series of films in the decade to follow – Ma and Pa Kettle.  Main was nominated for an Oscar for Best Supporting Actress for her work in that role and helps keep the tone of the story at the same level throughout.

MovieRob’s Favorite Trivia – The incredibly sloppy pig is named Cleopatra, an obvious reference to Claudette Colbert’s most famous role in Cleopatra (1934). (From IMDB)