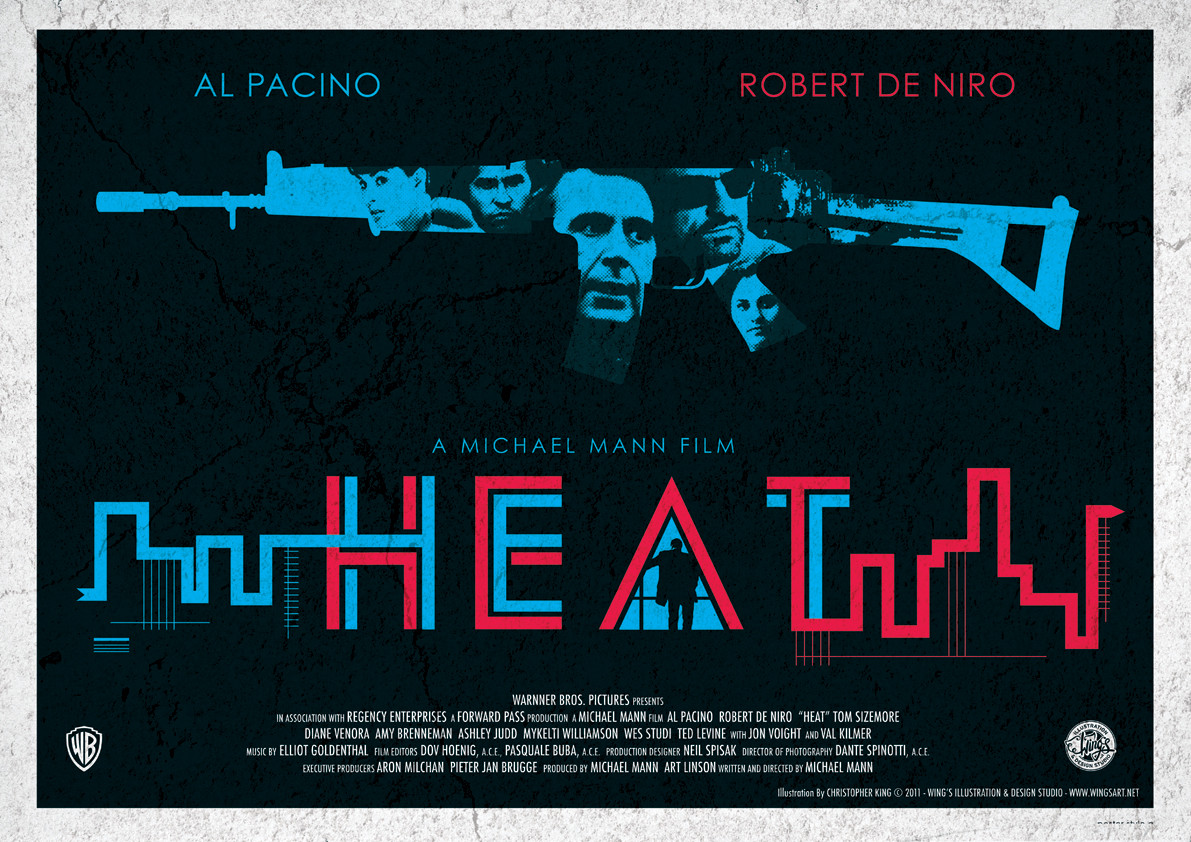 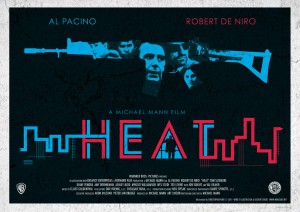 Brief Synopsis – A cat and mouse thriller pitting a career criminal against a veteran police detective.

My Take on it – I remember when the previews of this movie came out and how much it was touted that this would be the very first film to feature Al Pacino and Robert DeNiro together.

The irony of that fact is that in the end, a movie that runs close to 3 hours has only two scenes of those two iconic actors working together.

It actually makes sense tho because since they are both trying to either catch or avoid the other, it would sorta defeat the purpose if they spent the whole movie together, this way it raises the suspense level when they do meet face to face.

This movie does a great job of developing the characters on both sides of the law in such a comprehensive way that we feel that we know and understand why they do what they do.  We also get to meet their families in some cases which adds a lot of depth to the feelings we have for the characters.

The cast is amazing and I’m surprised that they were able to team up so many great actors to be in this film playing parts on both sides of the law and of their loved ones.

The most amazing part of this movie is it’s intense street battle that is probably one of the best non-military combat scenes ever filmed for a movie.  There are even elite troops that watch this movie regularly in order to learn how to properly work in a combat situation similar to what is shown here.

The main drawback of this movie is it’s length.  It clocks in at 2:50 which would be fine if there weren’t lulls in the storyline and action that make us feel the running time (which is never a good sign).  It could have been slightly cut to make it tighter and better.

Bottom Line – Great movie that pairs Pacino and DeNiro against one another. The lack of scenes together raises the suspense.  Amazing cast. The movie is slightly long and at times is blatantly felt, but still manages to comprehensively give us more developed characters on both sides of the law. Recommended!

MovieRob’s Favorite Trivia – In an interview with Al Pacino on the DVD Special Edition, Pacino revealed that for the scene in the restaurant between Hanna and McCauley, Robert De Niro felt that the scene should not be rehearsed so that the unfamiliarity between the two characters would seem more genuine. Michael Mann agreed, and shot the scene with no practice rehearsals.  (via IMDB)