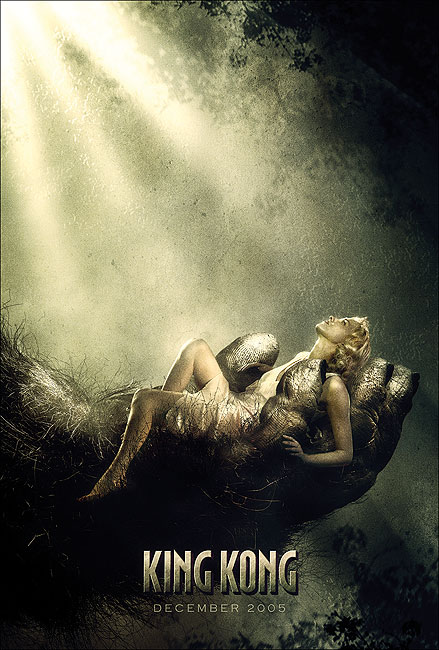 Brief Synopsis – A movie Director takes his cast and crew to Skull Island in order to make the greatest film ever made that would include real footage from the last place on Earth not touched by man.

My Take on it – Even since Peter Jackson gave us the Lord of the Rings Trilogy, everyone knew he was a cinematic genius and the biggest question was whether he would be able to deliver on his next big budget film.

His choice was to remake the classic King Kong (1933) updated using modern technology.

Jackson manges to give us a stunning film from a visual perspective and manages to make this a worthy remake on that alone.

Unfortunately, the story itself isn’t much different than the original film or the remake from the 70’s – King Kong (1976) and since things don’t feel more thrilling or exciting that takes away from the wonder that this film could have been.

Jackson uses Motion capture and CGI effects to help make the inhabitants of Skull Island come alive for us and becomes quite realistic looking which is so much better that we got beforehand.

The problem here is that something constantly feels missing that would have made the film spectacular.

The cast is amazing with Jackson giving us lots of familiar faces to root for as the numbers of the expedition begin to dwindle as they meet many of the dangerous inhabitants of the island.

Bottom Line – Jackson really knows how to present a visually stunning film. Unfortunately, the story itself isn’t more exciting or thrilling than the previous incarnations of the story. The added special effects that use motion caption and CGI effects to make Skull Island come to life work really well here and this is obviously superior to the original film in that way, but something is still missing from making this film spectacular.  The cast is great and they manage to give us lots of known actors in prominent roles which helps give us something more to care about as the numbers of the members of the expedition slowly dwindles. Recommended!

MovieRob’s Favorite Trivia – Peter Jackson was paid twenty million dollars to direct this film, the highest salary ever paid to a film director in advance of production. Christopher Nolan would later receive the same salary for directing Dunkirk. (From IMDB)