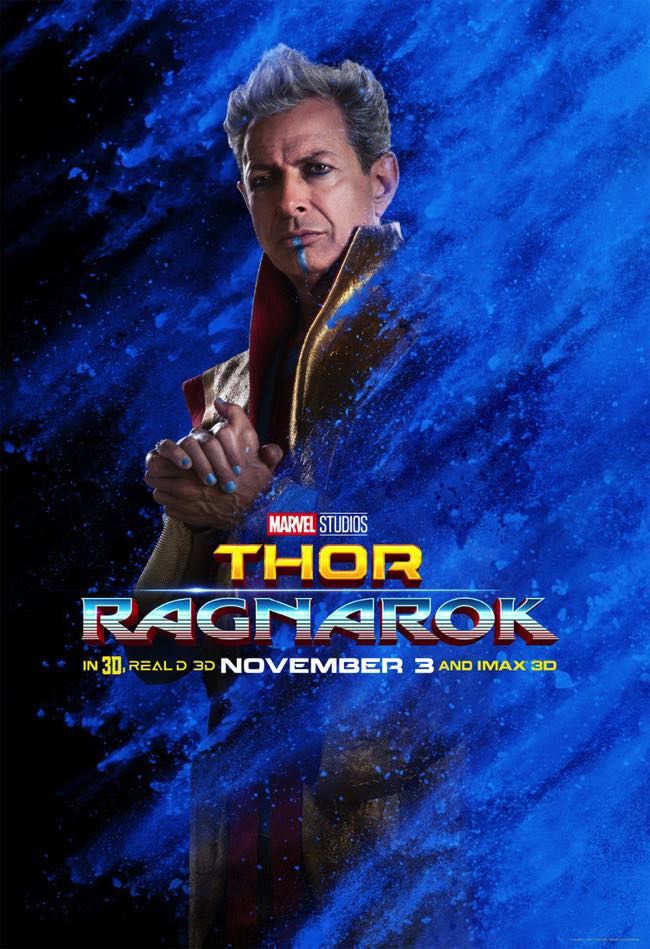 “Yeah. Doug has. Hey, Doug. Could you come over here? Oh, yeah, I forgot, Doug’s dead. Anyone who fights the Grandmaster’s champion perished. You’re not actually thinking about fighting him, are you?” – Korg

Brief Synopsis – In order to free his home world of Asgard from a ruthless new ruler, Thor must find a way to escape from his imprisonment as a gladiator on a mysterious world and return to the place he loves.

My Take on it – This is a film that I wanted to rewatch before eventually seeing the latest MCU film, Avengers: Infinity War (2018) in order to keep things fresh in mind.

This film is a superb addition to the MCU and does a wonderful job of injecting life into the story of Thor after two less than amazing films beforehand.

The way that this film finds the perfect balance between action and humor is so thrilling to watch unfold.

This film also is able to take characters who previously had weaker storylines and create newer and fresher sides to their stories which work so well as they need to find ways to adapt to their new (and improved) surroundings.

There is no question about the fact that this is the most entertaining Thor storyline and is able to keep things both interesting and thrilling the entire way through.

The special effects are done really well and they do a wondrous job enhancing the effect of the entire story as Thor and his companions try to find a way home.

The supporting cast is also great with both Cate Blanchett and Jeff Goldblum adding so much as new characters in the MCU.

Goldblum is able to steal every scene he is in just by his wry humor.

He is the perfect villain that we love to hate.

Future directors for films in the genre should look to director Taika Waititi’s formula for keeping the action and humor balanced so well.

Bottom Line – Amazing addition to the MCU that shows that its possible to keep things entertaining with the use of humor and action. The places this film takes the characters are great and we get to see a completely different side of some of them as they must adapt to their new surroundings.  By far the best film in the Thor trilogy because the storytelling works so well and stays enjoyable throughout. The special effects are superb and enhances the effect of it all as Thor and his companions try to find a way back home.  Goldblum is amazing as the Grandmaster and he is the kind of light-hearted villain that we can all love to hate.  This is by far the best superhero film of 2017 IMHO and one of the bets overall films of the year.  Future directors of MCU films should tale notes from Waititi because he has found a great formula for balancing the action and humor flawlessly. Highly Highly Recommended

MovieRob’s Favorite Trivia –  Director Taika Waititi said that he wanted to showcase Chris Hemsworth’s comedic talent in this film: “He’s so good and underutilized in that department. He’s legitimately one of the funniest things in this film.” (From IMDB)