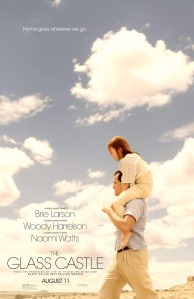 “Since when is it wrong for a father to take care of his little girl?” – Rex

My Take on it – This is a film that I heard about a few months ago and was told that it features one of Woody Harrelson’s best performances.

The film’s storyline isn’t balanced very well and we get parts that are superb but then the following scene just goes over the top and changes the tone completely.

The non-linear aspect of the film is understandable but it allows for things to get even more confusing due to a lack of consistency.

The superb cast is given a monumental challenge with these characters and events (which are based on real ones) and aren’t always successful at making the story feel genuine enough.

The standout among the cast is clearly Woody Harrelson and the hardest part is trying to find a way to like his character because he sometimes is the greatest father ever while other times, he’s someone no one ever wants to be left together with because of his eccentricities.

There are many people who have stated that he should have gotten his Oscar nomination for this film rather than for Three Billboards Outside Ebbing Misssouri (2017), but I think his character there was more consistent and overall had a much better character arc.

Bottom Line – Not a well balanced film because parts are great while others come across as too much. Great cast is given a monumental challenge with this story and only sometimes works. Harrelson is the clear standout here and it is so difficult to like his character despite some great moments that he gives us. The film is told very non-linearly which actually hurts its case since that causes much more confusion than necessary is needed in a film with a story like his one has. Recommeded!

MovieRob’s Favorite Trivia – Sadie Sink, having already been a vegetarian, became a vegan after being inspired by Woody Harrelson and his family, with whom she became very close. (From IMDB)