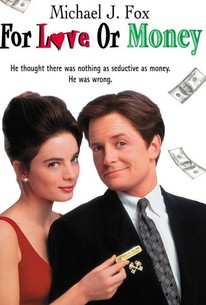 Brief Synopsis – A hotel concierge who has plans to open his own hotel must decide what to do when he is faced with choosing between the woman he is in love with and a potential investor in his new idea.

My Take on it – This is a film that I’ve been a bit intrigued about for decades since I was always a fan of Michael J. Fox and his work yet never had the opportunity to see it until now.

Unfortunately, this film puts Fox in a role that he doesn’t seem to fit into very well and he feels completely miscast in the role the entire time.

The plot and storyline itself is quite boring and they drag out a simple story for too long which makes it even more agonizing to watch.

Fox has no chemistry with any of his cast mates and that includes Gabriella Anwar who is suppose to be his love interest.

This film is presented as a romantic comedy yet there is very little romance or comedy in it at all and that feels too misleading.

There is one great scene in this film and it’s when they show a group of concierges having a meeting in the park trying to help one another out.

Even though this is a very short scene, it manages to tell us so much about the profession and works so much better than the rest of the film does.

Bottom Line – Pretty boring film that is dragged out too much. Fox is completely miscast in the lead role and has no chemistry with any of his cast mates including Anwar.  The story doesn’t really go anywhere and feels like things could have been done so much more effectively.  This film is presented as a romantic comedy but there is very little romance or comedy in the story itself. The best scene is the meeting of the concierges in the park and it lasts for a very short amount of time yet says so much about the way that the profession works.

MovieRob’s Favorite Trivia – The original title for this film was “The Concierge”, but the studio was worried that many people would not know what that meant, so the title was changed several months before release. (From IMDB)