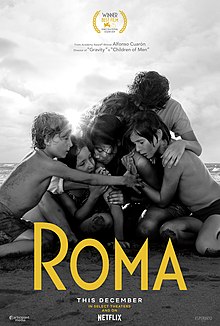 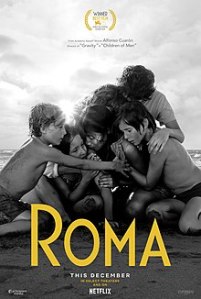 “We are alone. No matter what they tell you, we women are always alone.” – Sofia

Brief Synopsis – A maid for an upper class family in Mexico during the 1970’s must deal with her life as things begin to change.

My Take on it – This is a film that has been hyped for quite some time as one of the best films of the year (or ever) and that hype is not as deserving as one may think.

The story moves along quite slowly and if one is expecting it, it can be tolerated.

The attempt to try and imitate the mundane nature of a life seemingly not fulfilled is fine yet it doesn’t manage to work as amazingly as predicted.

Obviously, like Cuarón’s previous film Gravity (2013), this film is a technical wonder and the visual and audio is superbly done.

It is quite easy to see how deliberate and calculated everything is here and that makes Cuarón a master of this kind of art.

The biggest problem tho is the way the story is told and since very few interesting things happen to the characters along the way, things feel a bit too normal instead of groundbreaking which would have elevated everything to a much higher and deeper level..

This film is more like a series of vignettes of family life where some are better than others but that, in and of itself, doesn’t make this film a clear cut masterpiece.

Bottom Line – This is a very good film especially visually, but there is way too much hype calling it one of the best films ever made.  The story itself moves at a very slow pace which is tolerable if you know to expect it, but the attempt to try and imitate life with this story just doesn’t work as amazingly as predicted. From a technical perspective, this film is wondrous to watch and listen to and its easy to see how everything is carefully and expertly chosen by Cuarón.  A film like this needs to actually have something happen that is interesting and despite a few great scenes it feels more like a set of vignettes where some work better than others than a masterpiece in film making and storytelling. Recommended!

MovieRob’s Favorite Trivia – Alfonso Cuarón was the only person on set to know the entire script and the direction of the film. Each day, before filming, the director would hand the lines to his cast, attempting to elicit real emotion and shock from his actors. Each actor would also receive contradictory directions and explanations, which meant that there was chaos on set every day. For Cuarón, “that’s exactly what life is like: it’s chaotic and you can’t really plan how you’ll react to a given situation”. (From IMDB)