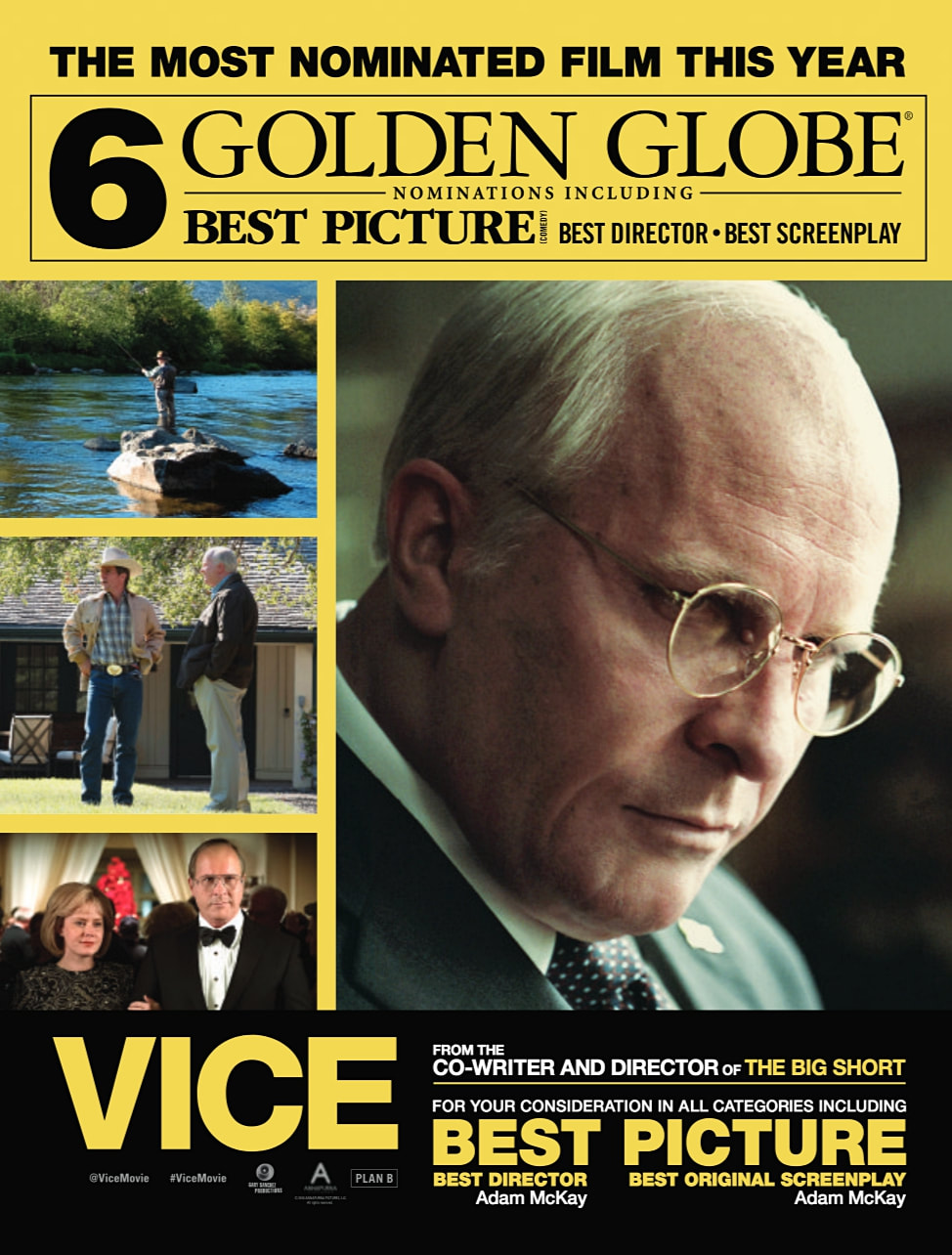 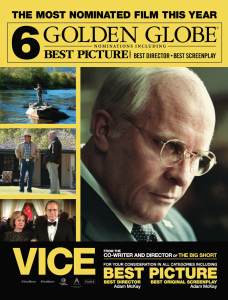 “[Cheney falls to the ground and clutches his chest, his colleague asks if he needs help] I’m having a heart attack, you idiot.” – Dick Cheney

Brief Synopsis – Biography of Dick Cheney who rose to power in the US from being a congressional aide to the Vice Presidency and beyond.

My Take on it – This is another great example of a film that is perceived as being much better than it truly is largely due to a stellar lead performance.

Cristian Bale is known as an actor who can transform himself physically for any role but few truly imagined that he could become Dick Cheney.

His performance here is superb and one needs to constantly remind themselves who is under all of that make-up because he gets totally lost in the performance.

The story itself works quite well and they are able to give us a clear picture as to what transpired over the years in order for him to rise to the level of power that he reached and more importantly the how and why of it.

Writer-Director Adam McKay’s approach to dumbing down the story in order to try and explain things to the viewer works a bit better in this case than in his previous film The Big Short (2016), yet something still feels missing here that would make it more tangible and relatable to the viewer.

The film lacks something that would make it much more engaging, enjoyable and even interesting which is quite a pity.

The supporting cast is also quite good here especially given the fact that a large amount of the cast are all well known personalities in American politics.

Steve Carrell is a bit too over the top as Donald Rumsfeld and Sam Rockwell doesn’t get enough screen time as George W. Bush.

Bottom Line – Bale is mesmerizingly creepy in the title role and gets totally lost in the role. The story works quite well in order to give us a clear picture of how things played out over the course of his rise to power. McKay’s approach to dumbing down the story for the viewer works a bit better here than it did in The Big Short (2016), but something still is missing that would have made this film even more engaging and enjoyable.  Supporting cast work quite well in capturing some of the personalities of characters who are known to everyone due to their exposure in politics.

MovieRob’s Favorite Trivia – As Cheney has had well-documented heart problems for most of his adult life, Christian Bale had to study heart attack prevention as part of his method–his tips ended up saving Adam McKay’s life, as he suffered a heart attack during post-production. (From IMDB)