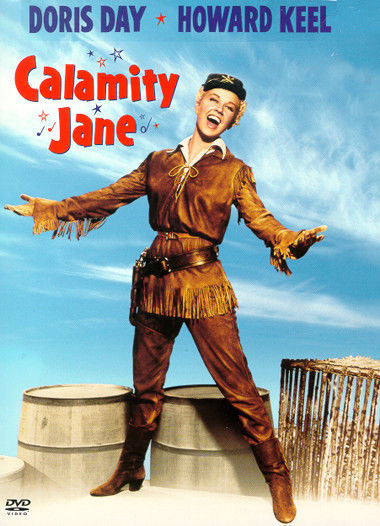 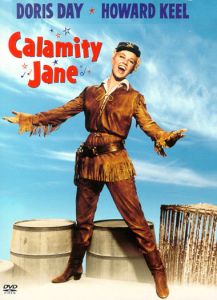 “Excitement? Why, I got more arrows in the back of that coach than a porcupine has got stickers!” – Calamity Jane

Brief Synopsis – A sharp talking, sharp shooting woman in the old West tries to help her saloon by bring a famous singer to entertain.

My Take on it – This is a film that I was interested in seeing largely due to the fact that it features Doris Day in the lead.

Unfortunately, this isn’t among her best performances.

She does an ok job with her acting and singing here, but something feels missing throughout.

Her rendition of the Oscar winning Original Song Secret Love is obviously the highlight of this film.

The story moves along quite slowly and is actually somewhat boring to watch because it drags along too much.

Howard Keel feels quite underused in this film as Wild Bill Hickock and he isn’t able to show his acting and singing abilities with such a depiction of this role.

The story itself is presented in a very tame fashion and hat also takes away so much from the enjoyment of such a film that has the potential to be much more impactful and powerful due to some of the themes dealt with here.

I’m aware that this is meant to be a lighthearted musical romance film, but it just doesn’t manage to be effective enough in what it tries to do with this kind of story line and that’s quite unfortunate because it could have been much more interesting than it actually is.

Bottom Line – Pretty mediocre Day performance. She sings well and does a fine job with Secret Love (which won an Oscar for Best Original Song), but the story itself is quite boring and drags along too much.  Keel feels very underused in the role of Hickock since it doesn’t really allow him to spotlight his acting and singing capabilities enough.  The story is presented much too tamely and just doesn’t work well enough to remain interesting throughout.

MovieRob’s Favorite Trivia – Doris Day had to lower the sound of her natural voice, in order to sound more gruff to play the rough and ready Calamity. (From IMDB)