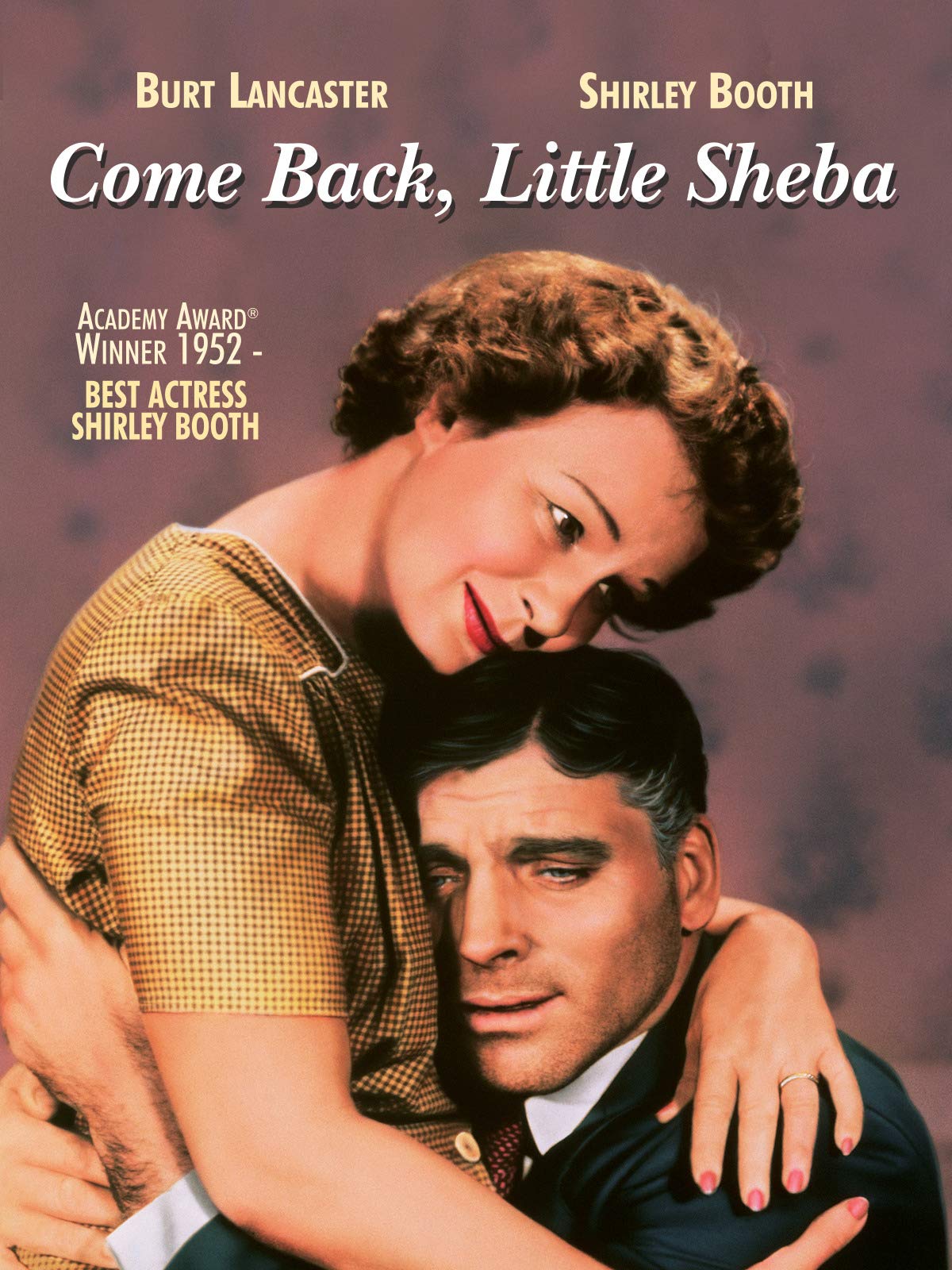 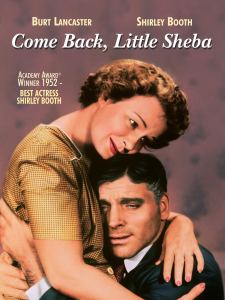 Brief Synopsis – A bitter chiropractor and his wife yearn for their past after taking a young art student into their house as a boarder.

My Take on it – This is a film that has an interesting premise that is able to work since it allows for the characters to develop as the story moves along.

This allows us to get a clear sense of what has guided them in their lives up until this point for better or for worse.

Burt Lancaster is great in the lead role and makes us believe his character’s sadness and yearning for his past when he had so much promise ahead of him.

As great a he is tho, he is completely outshined by Shirley Booth who plays his wife so well here.

Booth was nominated for and won an Oscar for Best Actress for her work here and is was a very deserving win.

In addition to Booth, Terry Moore was nominated for an Oscar for Best Supporting Actress for her role as the young student boarder.

This film has a great story that deals with issues that are quite relatable to most viewers while also showing how much people believe the fallacy that things were always better in the past and that’s why we should yearn for those days.

This film’s title perfectly encapsulates this because it references the fact that the family dog has run away, yet the wife still goes to the door every day to call out the name of their dog in hope that life can get back to the way it once was.

Bottom Line – Interesting idea that works because it allows for the characters to develop before our eyes while also given us a clear sense of what they have gone through in their lives. Lancaster is great in the lead but it slightly outshone by Booth as his wife. She was nominated for and won an Oscar for Best Actress for her performance here. Moore was also Oscar nominated for her work as Best Supporting Actress. The story deals with issues that are quite relatable to everyone as we grow older and yearn for things from the past to return since we will always have the incorrect notion in our minds that things were better at one time and that they can easily return. Recommended

MovieRob’s Favorite Trivia – Burt Lancaster actively campaigned to play the alcoholic husband in this film, even though he was much younger than the character, Doc, who was in his mid-fifties. Sidney Blackmer, who had played the part on Broadway in the original production, was 18 years older than Lancaster, and Shirley Booth was 15 years his senior. The role of Doc was coveted by Humphrey Bogart, who was the right age, but Bogart lost out to Lancaster due to studio politics, despite the fact that he had just turned in his Oscar-winning performance in The African Queen (1951). With several stars vying for Doc, it occurred to no one that the perfect actor for the role was Academy Award winner Dean Jagger, whose gentle temperament and everyman physical appearance were exactly what the part called for. (From IMDB)