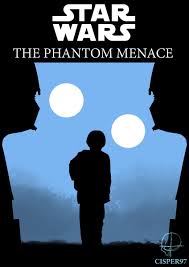 “The boy is dangerous. They all sense it, why can’t you? “- Obi-Wan

Brief Synopsis – Two Jedi Knights are sent to try and settle a border dispute around the Planet Naboo but things are no where near as simple as it seems. 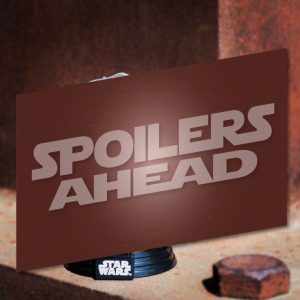 My Take on it – This is a film that I recall seeing on opening night 20 years ago this week and like just about every one else in the theater was extremely excited to finally see a new Star Wars movie after 16 years of waiting for George Lucas to get his act together.

By virtue of its existence, this film was always attached to some VERY high expectations from all of its fans and when living under such pressure, it’s hard to deliver as well as on can hope and that has remained a stain on this film and its legacy.

The story itself is great and there is no question about how talented Lucas is when it comes to creating a world for this story to exist in despite a few missteps along the way.

It is a known fact that Lucas can’t write good dialogue for his life and that has always been a problem with all o his films since some of the characters come across as seeming much too whiny in everything the say or do.

The love story aspects never feel genuine enough and having the 50+ Lucas write dialogue for an 8 year old future Dark Lord of the Sith also sounds a bit funny.

…And let’s not even discuss the mistake with the character named Jar-Jar Binks.

The fact that I’m a HUGE Star Wars fan, let’s me take in all that they do and accept it as part of the story even if it’s a bit too much.

The Pod Race is such an amazingly shot sequence and is among one of the best of it’s kind ever filmed.

The way that the story moves along in a very realistic and plausible way also works really well as they draw us in to the story more and more especially in the way that it endears this little kid to us despite knowing how he will eventually turn out.

Having not seen this movie for a few years, I was surprised at how similar the Gungan battle at the end was to to final battle in Wakanda during Avengers: The Infinity War (2017)

The music is superb and I love how they use the theme of Duel of the Fates in this film because it is so effective in what it is trying to show.

The light saber duels are spectacular to watch and are so far removed from the tame sword fights that the previous three films presented us with.

The special effects are superbly used here to help enhance the story to a much higher level.

Yes, I’m willing to admit that this film is probably the weakest of the entire series, but it still gets so much right and makes the viewer get into this story line and want for more.

MovieRob’s Favorite Trivia – Jake Lloyd has said that he retired from acting because of the trauma he experienced after playing Anakin Skywalker. According to Lloyd, other children constantly teased him about the role. For example, they would make lightsaber sounds whenever he walked by. Lloyd also said that the situation was made worse because, in his opinion, the film did not meet the fans’ expectations. Despite this, Lloyd has reprised the role of Anakin in several video games and has appeared at Star Wars conventions and events. (From IMDB)