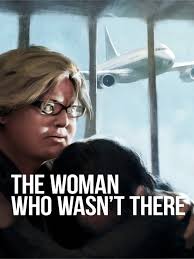 “Just before 8:30, I get a phone call and it was Dave. He said he was just gonna go get a cup of coffee and asked me if I wanted to meet him and I said I was just about to go into a meeting and I couldn’t do it. I said I love you and I’ll talk to you later. And that was the last time I ever spoke to him.” – Tania Head

Brief Synopsis – Documentary about one of the various heroes of 9/11 who might actually not have even been there on that fateful day.

My Take on it – This is a documentary that I heard about and was shocked and even hurt by the premise, but was still quite curious to see what it was all about in order to find the truth.

This is a film that takes a fascinating look at the way that some people will do all they can for attention from others.

The story is quite shocking in the way that it unfolds and does a wonderful job allowing us to get a complete grasp of how involved and embedded this woman became in the lives of these people and organizations that went through the tragedy of 9/11.

The way that she was able to affect their lives in amazing ways is astounding, but it’s equally astounding how much she left in her wake.

The stories that the various interviewees tell us about their experiences on 9/11 and afterwards are quite interesting and heart breaking to hear yet the scars that they carry are obviously much deeper from an emotional perspective.

This movie’s story is left with lots of unanswered questions and they allow the viewer to try and think of solutions to these open ended questions since we will perhaps never truly be able to get satisfying and truthful answers about the how and the whys of it all.

Bottom Line – Fascinating look at the way some people will do anything to get attention from others. This story is quite shocking in the way that it is told and allows us to get a full grasp of this women’s involvement in things and how she was able to affect so much for good despite the reality of it all. The stories that the various people interviewed tell us are quite heart breaking but we get a clear sense of what it must have been like on that tragic day and the days afterwards even of the experiences of these people themselves are far more rooted on emotional levels.  The story is filled with lots of unanswered questions but is done in a way that it wants us to try and think of the answers on our own since there is no complete and satisfying way to find the real truth in the whole story. Recommended!