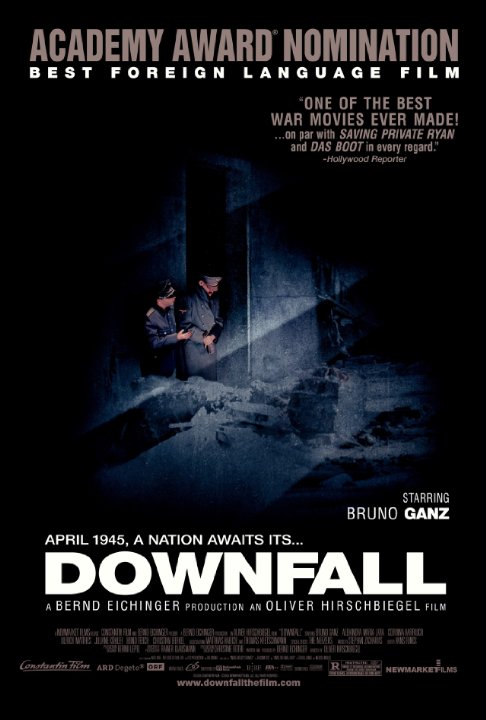 “In a war like this there are no civilians.” – Adolf Hitler

Brief Synopsis –Depiction of the final days of the reign of Adolf Hitler as the tide began to turn and he became more and more desperate.

My Take on it – This is a movie that I avoided for yera since I never had any real desire to watch a near 3 hour film about Hitler.

That changed when I watched in a decade ago and was fascinated by what they did in the film.

I decided to watch it again in order to once again see the brilliance if the performance of Bruno Ganz while also seeing how they present this film.

The movie does an exceptional job showing the kind of loyalty that Hitler was able to command of his inner circle despite the fact that they all saw that he was slowly losing his mind.

The indoctrination of these men and women into his way of thinking still baffles me, but this movie is able to take all that and show how his followers acted even when they knew the end was near.

This film has some very difficult scenes to watch, but regardless, it is an exceptionally made film that really goes into strict detail of everything that transpired.

This is a film that doesn’t glamorize Hitler in any way, shape or form, but still shows how charismatic he was to his followers and that gives the viewer an idea as to how a demagogue like him could stir the masses as he did.

MovieRob’s Favorite Trivia – Of the thirty-seven named real-life people featured as characters in the film, Rochus Misch was the only one who was still alive when the film was released. He died on September 5, 2013 at the age of 96. (From IMDB)