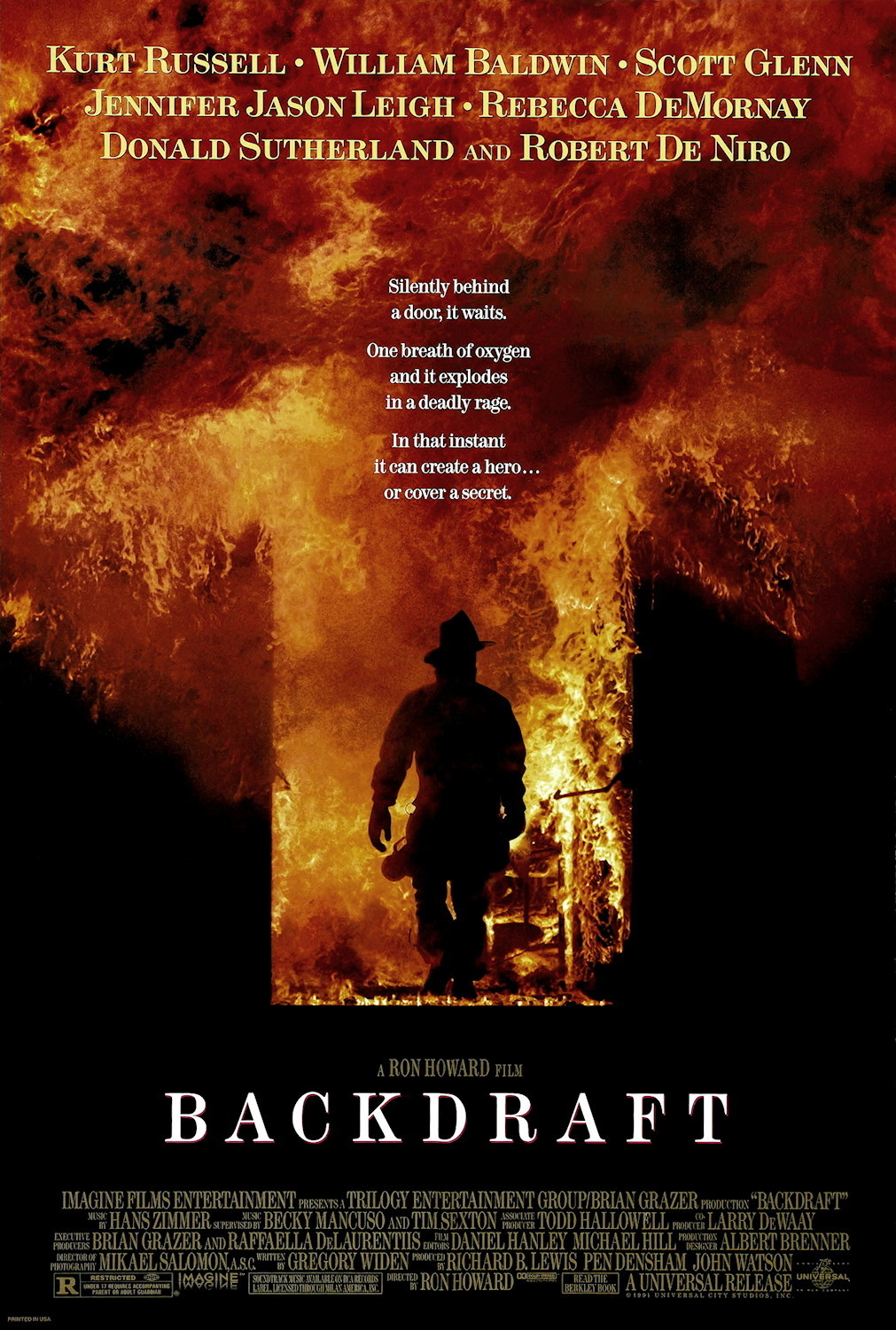 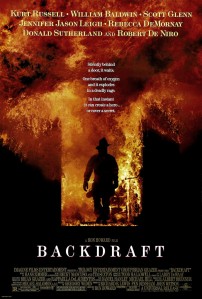 “The only problem is that in this job is there’s just no place to hide. It’s not like having a bad day selling log cabins. You have a bad day here and somebody dies” – Lt. Stephen McCaffrey

Brief Synopsis – Two brother who are fire fighters struggle among themselves as they try to find an arsonist killing seemingly random people.

My Take on it – This movie was the poster boy for firefighters just like Top Gun (1985) was for Fighter pilots.

It is rumored that there was a rise in the number of people signing up to be firemen in the year following this movie’s premiere.

I can’t say I blame them because it does make the profession seem every more glorious than one would presume given the dangers involved.

Ron Howard truly made this movie correctly.  He gives us a great plot, great character interactions, an all-star cast, and enough beefcake to attract male and female moviegoers alike. (There is even a shower scene just perfect for my friend Table9Mutant) 🙂

The one thing I think he did wrong was create a character very similar to Hannibal Lecter (Donald Sutherland in this one) who is a psychopath who the investigators turn to in order to get advice from someone similar to the twisted individual wreaking havoc on Chicago.

The best cast member is most definitely The Fire itself.  You really get the feeling that it has a life of its own by the way it is portrayed.

I love the music here and this is another one of my favorite movie theme music pieces.  Hear it here.

In addition, there are two great Bruce Hornsby songs in this movie – Set Me in Motion and The Show Goes On.

This was a great movie to see in the theater!!

Bottom Line – Great movie with a great cast that makes us all wanna be firefighters just like how Top Gun (1985) made everyone wanna become a fighter pilot. Great plot and amazing music.  Recommended!!