Recommended by Tom of Digital Shortbread 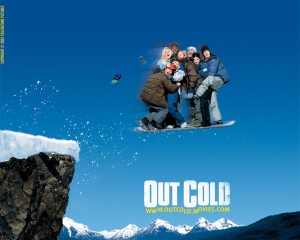 “No regrets, that’s my motto. That and everybody Wang Chung tonight. ” – Luke

Brief Synopsis – A group of friends who work at a lodge in Alaska try to stop an investor from buying the place and firing them.

My Take on it – When I read the synopsis of this movie, I had hoped that it would be a return to the famous comedy romps of the 70’s and 80’s.

Unfortunately, it doesnt even come close because most of the pranks and jokes just aren’t funny enough. (There are 2 or 3 funny pranks on Zack Galifinakis)

There are some really cool snowboarding stunts tho.

Bottom Line – Mediocre attempt to channel 70’s & 80’s comedy romps like Animal House and Caddyshack that just isn’t as funny. Cool snowboarding stunts. Isn’t as memorable as I had hoped it would be.

MovieRob’s Favorite Trivia – The character of Barry is played by Todd Richards, a professional snowboarder and member of the 1998 US Olympic snowboarding team and is probably the most capable member of the cast on a snowboard. However, in the film he never leaves his wheelchair.  (From IMDB)