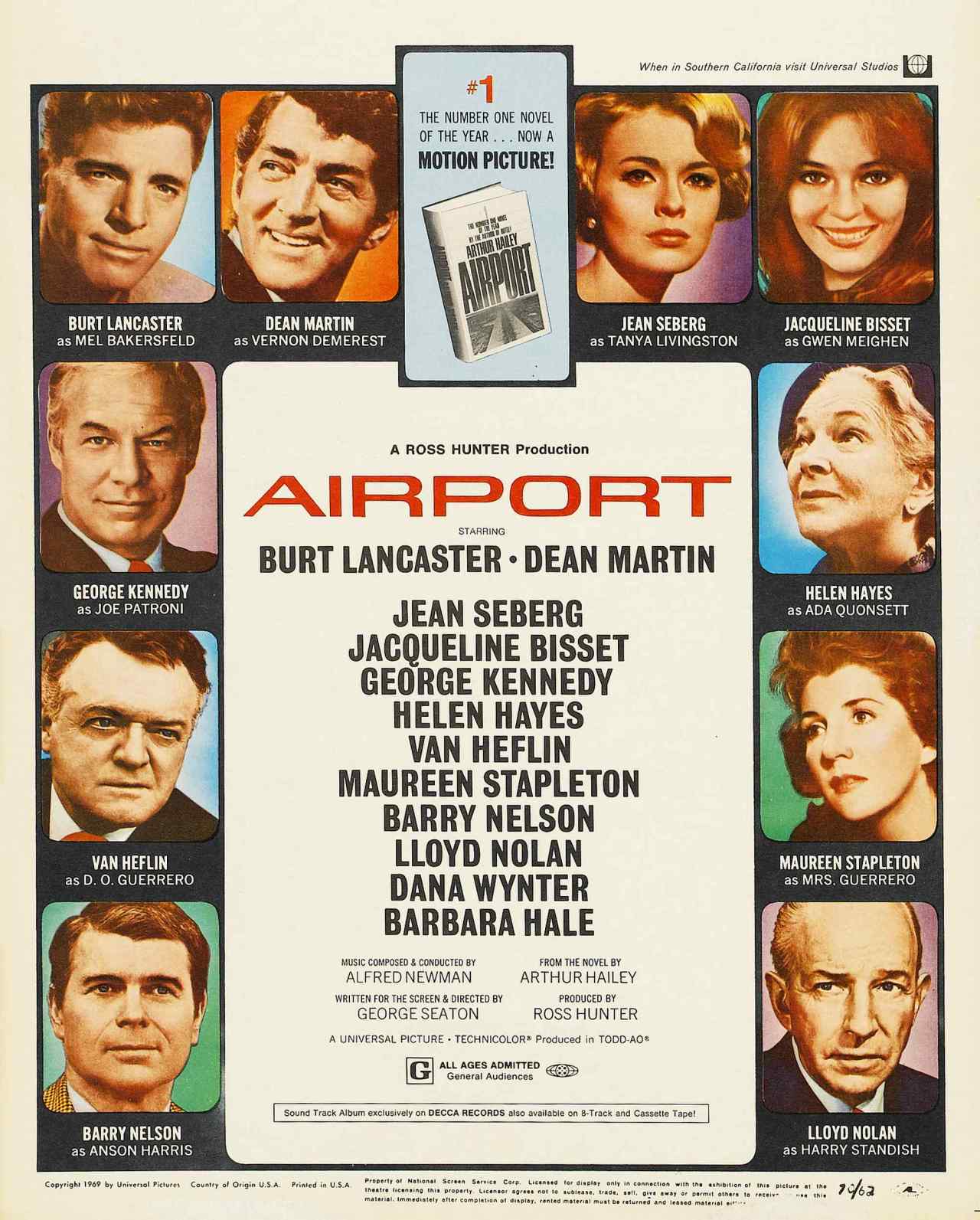 “When you get to be older, there isn’t a lot left to be frightened of.” – Ada

Brief Synopsis – The goings-on in a mid-western airport where they must deal with the weather, a disabled plane,  a bomber, airport politics and a little old lady who knows how to get what and where she wants.

My Take on it – This was actually one opf the first movies that helped create the genre of disaster movies that was quite prevalent during the 1970’s.

Most of the movies in the genre featured a very prolific cast and lots of sub-plots to help keep it all going.

Of the movies in this franchise, this is the best one and it even managed to get 10 Oscar nominations in the process including Best Picture.

The cats here is superb with Burt Lancaster, Dean Martin leading a very prolific cast of known actors including Helen Hayes who was personally able to win a Best Supporting Actress Oscar for her role as a mischievous little old lady.

This movie unfortunately doesn’t age as well as one would think but it still manages to entertain with it’s numerous sub-plot storylines all taking place in this short span of time related to the airport presented here.

The personal stories of the characters make this even more enjoyable because we begin to care for each and every one of them.

This was one of the first ensemble-type movies and in general it works extremely well.

Bottom Line – By far, the best of the whole series. Great cast. Managed to garner 10 Oscar nominations including Best Picture. Doesn’t age as well as it should, but still an interesting eclectic of storylines occurring in the same place. Hayes is definitely a stand out in her Oscar winning role as a little old lady who schemes her way around the world. The personal stories of many of the characters give more life to the story before it was acceptable to do ensemble films like this. Recommended!