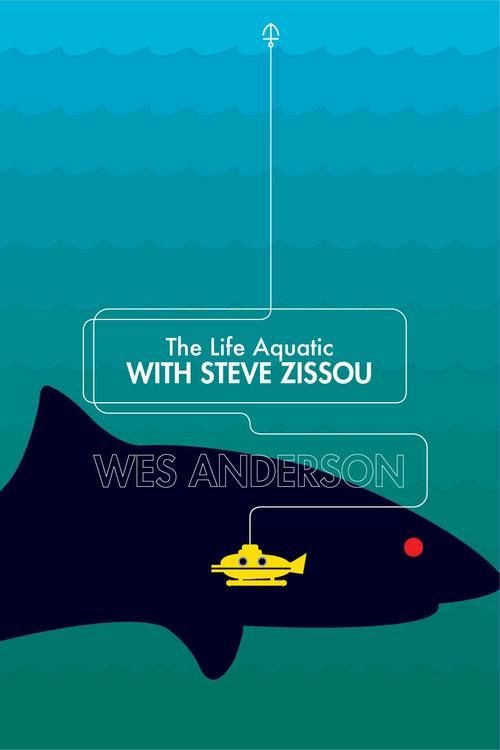 This review is part of the Wes Anderson Blogathon being hosted by Sean Munger . Thanks for letting me take part!

“Don’t point that gun at him, he’s an unpaid intern.” – Steve Zissou

Brief Synopsis – After his diving partner is mauled by a mysterious fish, a deep sea explorer dedicates his life to finding the fish and destroying it.

My Take on it – I gotta say that I’ve never been a fan of Wes Anderson’s films.

When Sean announced his blogathon, I decided to take up the challenge and picked this film hoping that Bill Murray’s presence would help me enjoy it more.

Unfortunately, I once again was plagued by my lack of interest in Anderson’s style of stories and filming.

The way he tells his stories make them all seem to phantasmagorical and that actually puts me off.

I personally prefer stories that are told in a straight manner, but he uses editing and other film making techniques to tell the story in a “weirdish” sorta way.

I actually think that he and Charlie Kaufman do similar work and that actually explains to me why I’m actually not much of a fan of either of their work despite millions of other film goers loving the hell outta them.

Truth is, this film actually bored me a bit and I wanted it to end so much earlier than it does, but again, that’s just me.

The one thing that I must say that I did enjoy about this film is the way that it seems to parallel the story of Moby Dick in the way that the main character does all he can to find this fabled fish and destroy it no matter the cost.

Bottom Line – Still not a fan of Anderson’s style. Kinda bored me a bit. Had hoped that the fact that it starred Murray would make things more interesting but it didn’t. I did enjoy tho the way that this film sorta parallels the story of Moby Dick.

MovieRob’s Favorite Trivia – The red woolen caps worn by the characters are a reference to Jacques-Yves Cousteau, famed underwater film-maker and co-inventor of the modern aqualung. (From IMDB)