Next month’s Genre has been chosen by Prime Six.  He has chosen another unique genre for this coming month.  We will be reviewing our favorite Realistic Films.

Here’s his interpretation of the genre:

We all put reviews in for films we think are realistic, for example Gravity has real physics behind it and Saving Private Ryan is a realistic depiction of war.

To be clear, not ‘real’, not a true story or documentary. What comes to mind when you think of the most realistic film you’ve ever seen? So Fast and Furious and Comic book films are all (mostly?) out.

It’s a weird topic, not even a genre, more of an opinion but I think it could be interesting.

Watchmen could have an argument

There’s a huge range of genre’s covered by this topic, clearly. It could be interesting to see what people define as ‘realistic’ in Hollywood – they’re not right or wrong because it’s opinion based.

Please get me your submissions by the 25th of Sep by sending them to realistic@movierob.net  Try to think out of the box! Great choice Prime Six! 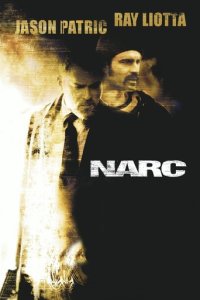 My Take on it – As a former policeman, I usually enjoy police thrillers that have interesting plots.

I saw this 13 years ago (surprisingly I had just passed my entrance exam to the Police academy at the time) and it didn’t leave enough of an impression on me back then that I haven’t revisited it at all until now.

I decided that in order to make my guest choices of the Genre for the Genre Grandeur series more personal (and expand my own personal horizons of these genres), I will take a recommendation from my guest for a film to watch for this Genre Guesstimation series.

This film was Prime Six‘s choice for me to watch.

Upon rewatching it, I was reminded that this film takes place in my hometown of Detroit.

Both lead actors here Ray Liotta and Jason Patric do nice jobs here but they both give slightly over-the-top performances.

Despite this, they both help elevate this film a bit more so that it reaches the above average level which is where it would stand had I just based things on the story itself.

The story is extremely gritty and dark and that helps a bit because it works on some levels where on others oit just fails.

I like to find a way to identify with the characters in movies (as much as conceivably possible) and despite being a former cop, I couldn’t identify with the whole way that they portrayed the undercover police work.

The film has some interesting scenes, but overall, it just didn’t do it for me.

Bottom Line – Very nice performances by Patric and Liotta helps this work a bit better than it should, but the story doesn’t flow like one would expect. The grittiness and darkness add to the ambiance and works on some levels but not enough. I had a lot of trouble finding a way to identify with the story despite some interesting parts.

MovieRob’s Favorite Trivia – This film had a record 21 producers. There were more producers for this film than there were speaking parts in the movie. (From IMDB)

Genre Grandeur Worthy? – Nope. This film was slightly better than average, but overall, I had trouble identifying with the characters.  This film just didn’t feel real enough to be considered among the best realistic films for me.