This is the first of two posts that are part of the At the Circus Blogathon being held by Le of Critica Retro and Summer of Serendipitous Anachronisms. 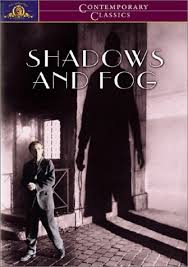 Brief Synopsis – A bookkeeper wanders the streets of the city while looking for a pack of vigilantes trying to stop a serial killer who has been terrorizing the neighborhood.

My Take on it – I’ve never been the biggest fan of Woody Allen films in general, and despite most of his films not speaking to me, this one went completely over my head.

Overall, this story just moves and moves without really getting anywhere and therein lies the problem with this film.

There isn’t really much of a story because it constantly changes what seems to be important.

The fact that this film has an amazing cast (mostly as cameos tho) makes it even more of a disappointment because you would hope that having such a cast would help elevate this non-story to a higher level, but it unfortunately cannot.

Allen is great at writing witty dialogue and he has some great lines in this film whether comical or innuendo, but unfortunately there too, it mostly fails.

I must say that the addition of circus performers here feels more like a gimmick than a real idea and despite some clever dialogue and scenes with the performers, it doesn’t work in general.

Overall, this is quiet a bland movie with an amazing cast of actors (mostly cameos) which doesn’t do much story wise.

Bottom Line – A pretty bland Allen flick that has its moments but overall doesn’t do anything special. The fact that it has a stellar cast would seemingly make it better but in actuality makes it even more of a disappointment. Even Allen’s witty dialogue just doesn’t help raise the level of enjoyment here.

MovieRob’s Favorite Trivia – As this Woody Allen film was going to be more expensive than one of his usual movies with the large cost of the set constructions, studio Orion Pictures mandated that Allen would need to also appear in the film himself to assist the picture with being bankable. (From IMDB)