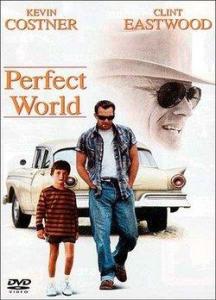 [Phillip grabs the wheel as Butch turns to face Pugh in the back seat] “In two seconds, I’m gonna break your nose. That’s a threat.[Butch punches Pugh in the nose, then grabs the gun] And that’s a fact.” – Butch

Brief Synopsis – An escaped convict is pursued by a US Marshall after he kidnaps a young boy.

My Take on it – This is a strange kind of film because it is able to tell two levels of a story that are placed one on top of the other.

Kevin Costner and Clint Eastwood are both superb here and they do such a wonderful job of playing cat and mouse that it keeps things quite thrilling and entertaining the whole way through.

The story says so much about how the system works both for better and for worse.

Loved the way that if you were to take certain elements of the story out, the story can be perceived as a great film about the relationships between fathers and sons.

Bottom Line – Costner and Eastwood are great here as they play cat and mouse.  It says so much about the way the system works.  The relationships between the characters are all quite sweet and if you were to take out some of the elements surrounding the story, this would feel more like a familial relationship storyline. Recommended!

MovieRob’s Favorite Trivia – Kevin Costner and Clint Eastwood both received Best Director Oscars in the years shortly preceding this film. Both of their respective films [Dances with Wolves (1990) and Unforgiven (1992)] were westerns. Consequently, this marks perhaps the only time in film history when two such Oscar-winning directors co-starred as actors in the same film. (From IMDB)