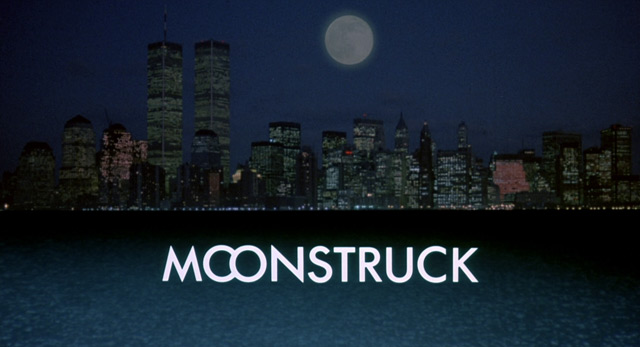 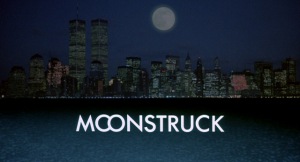 “I just want you to know no matter what you do, you’re gonna die, just like everybody else. ” – Rose

My Take on it – This is a film that I saw years ago and didn’t like it at all.

I purposely avoided it in the years since and decided that it was about time to check it out again.

I must admit tho that I have never really been much of a fan of Nicholas Cage’s acting ability (if you wanna call it that) and Cher is a much better singer than she is as an actress (despite somehow winning an Oscar for this role).

The choice of using the two of them as the leads in this film is a strange one and they both lack the proper on screen chemistry to make it work even better.

The real stars of this film are the supporting roles played by Olympia Dukakis (who also won an Oscar here, this time tho, deservingly), Vincent Gardenia and John Mahoney because we get a different perspective on love; one from a older perspective where things are very different from when one looks at it from a young viewpoint.

They do a wonderful job getting across the idea that love can be infectious and in the air just by the way that the moon is aligned and they do it in quite a believable fashion.

I assume that if the leads were played by better actors, I would easily fall madly in love with the great ideas put forth in this film, but just the thought of Cage and Cher together constantly makes me cringe.

Bottom Line – This film is quite good, but it’s slightly over-rated. Cher and Cage have no chemistry together what so ever and it’s kind of torture watching them act together. Gardenia, Mahoney and Dukakis are the true stars of this film and are all wonderful in supporting roles.  The idea of the love in the atmosphere comes across really well and is mostly believable. Perhaps if the leads were played by better actors, it would have been even more enjoyable to watch. Recommended!

MovieRob’s Favorite Trivia – Director Norman Jewison was fined by the actors’ union for not allowing his actors to go to lunch until they perfected the moods of their characters for the climax scene in the kitchen. (From IMDB)