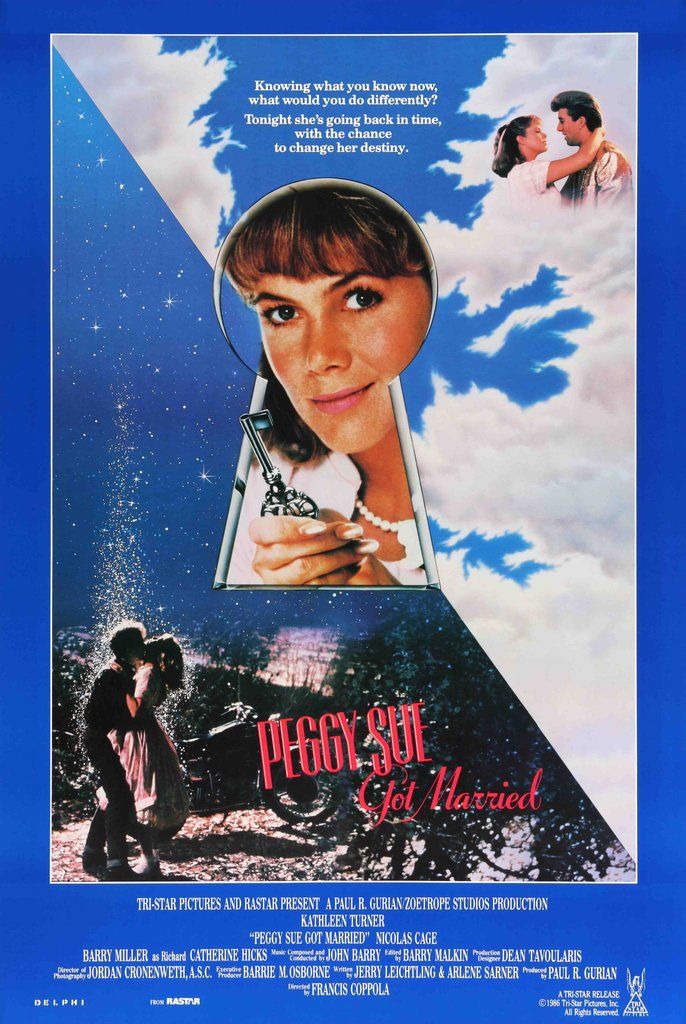 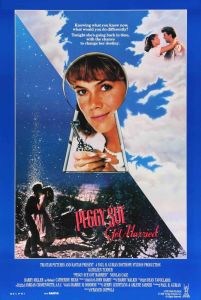 “Well, what’s the point of being a teenager if you can’t dress weird? ” – Charlie

Brief Synopsis – A housewife living in a marriage that she isn’t sure about somehow goes back in time to when she was in High School allowing her to make new choices in her life.

My Take on it – This film has quite a clever premise yet doesn’t manage to make it come across well enough.

Kathleen Turner does a fine job in the lead role and makes both of her “time period” personas work quite well. She deservingly was nominated for an Oscar for Best Actress in this film.

The biggest problem here is the lack of any kind of chemistry between her character and her boyfriend/husband Nicholas Cage who is terrible in this film.

This lack of chemistry take so much away from the general premise of this film and makes it feel even more unrealistic.

In many ways, this film feels like a boring female version of Back to the Future (1985) and that doesn’t make it feel original enough to stay interesting.

It was great seeing Helen Hunt in a small yet pivotal role of Cage and Turner’s 1980’s daughter.

The plot of the film seems too cloudy even when we reach the end and that lack of clarity makes the film even more confusing than it should be due to the ambiguous way that things are left off.

Bottom Line – Interesting idea that just doesn’t work very well here. Turner does a fine job here and was deserving of her Best Actress Oscar nomination for her performance, but she has and costar Nicholas Cage have terrible chemistry together which makes so much of this story seem unrealistic.  This feels too much like a female version of Back to the Future (1985) and doesn’t seem as original as it might have been. Great seeing Helen Hunt in an early role here as Turner and cage’s daughter in the “future” scenes.  The plot remains too cloudy even after the film ends which leaves things much too ambiguous which makes things even more confusing than it should be

MovieRob’s Favorite Trivia – The opening shot of the film is an optical illusion. Because the camera and crew would have been seen in the reflection of the mirror had the scene been shot in a conventional manner, there is a body double for Kathleen Turner (only she can be seen from behind in the shot) on the other side of the “mirror”, doing the exact opposite of the star’s movements, giving the illusion that Turner and Helen Hunt are reflections, when in fact they are the real actors in tableau with a body double sitting in front of them with her back to the camera in front of an empty mirror frame, framing a hole in the wall of the set. (From IMDB)