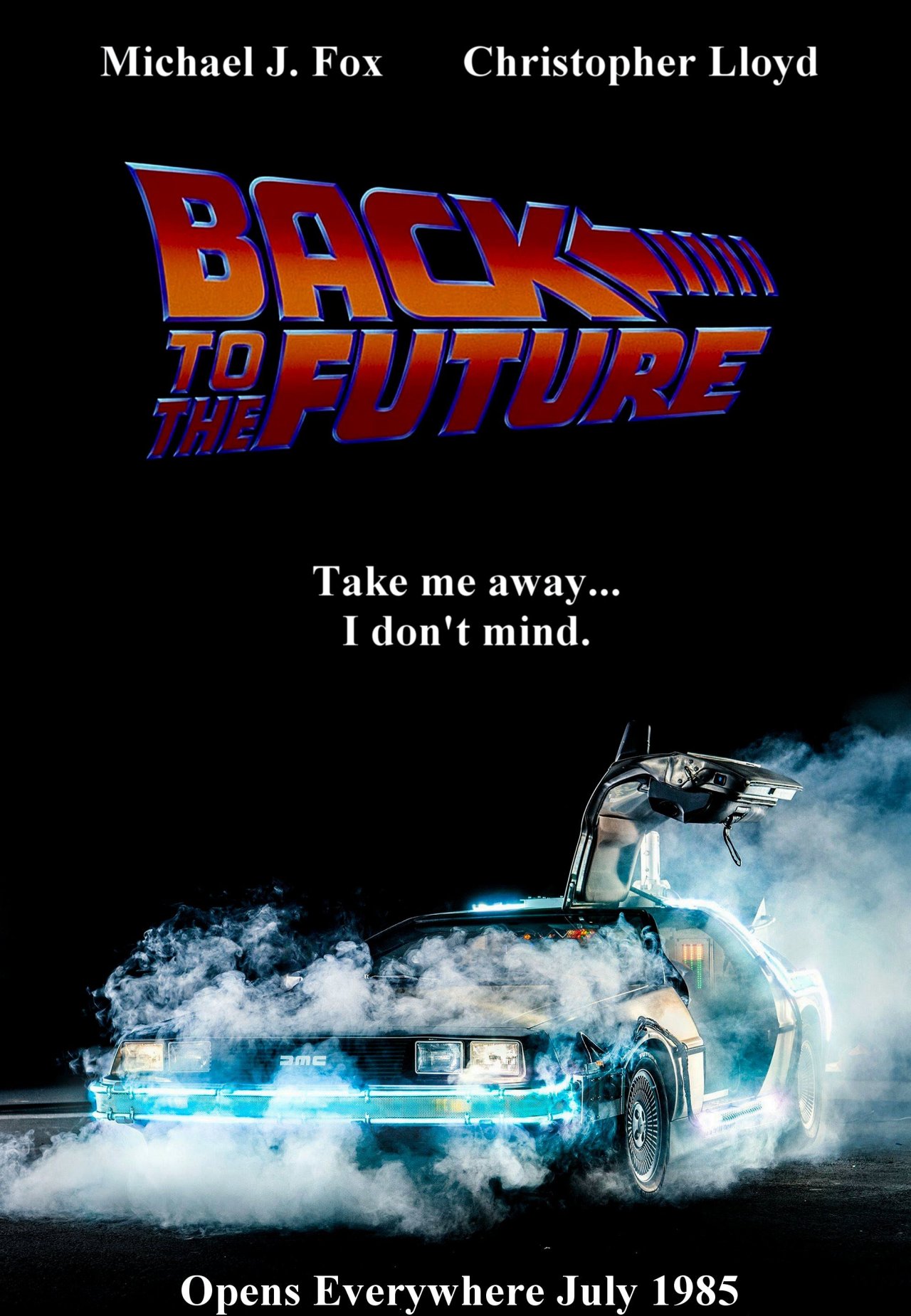 Let’s continue with…..Back to the Future

“If my calculations are correct, when this baby hits 88 miles per hour… you’re gonna see some serious sh*t.” – Doc Brown

Brief Synopsis – A teenager accidentally gets sent back in time thirty years and meets his parents before they met and fall in love.

If you have never seen this movie, I urge you to stop reading this post, read my four original non-spoiler reviews (linked Here, Here, Here and Here), watch the movie and finally after you’ve seen it, absorbed it and even cheered a bit (I did every time that I’ve watched it) then come back here for a review and analysis full of spoilers.

I recall seeing this movie for the first time in the theater in the summer of ’85.

I was 11 and this film had such an impact on my life.

It opened my eyes to a whole new world of possibilities when thinking about the ideas and concepts of time travel.

I have seen this film dozens of times since and know the film almost entirely by heart.

If I needed to make a guess, I would say that I have seen this movie the most out of any other movies besides Star Wars Episode VI: The Return of the Jedi (1983).

My guesstimation is that I’ve seen this movie at least 50 times.

This is one of my all time favorite films because it gets so much right and every time I see it, I am able to discover new things that I never noticed beforehand because it is a film filled with so much detail.

No one will ever look at a Delorian the same way ever since Doc made it into a time machine.

The story itself is about a teenager, but it speaks to anyone no matter your age because it tries to answer the question of how people would like to make changes to their life or to their family’s life.

This film helps people realize their dream of traveling back in time and being able to fix some kind of injustice.

Obviously, Marty McFly doesn’t go on this journey willingly, but he still gets so much out of it.

Yes, there are two sequels to this film that expand on the story even more, but as great as they both are, neither is as fun and innovative as the original which takes itself an its storyline much more seriously than either of the sequels do.

The characters are so much fun to watch.  Marty and Doc have amazing chemistry together and despite their large age-gap, you can genuinely feel their friendship.

Michael J. Fox and Christopher Lloyd embody these characters so well and have made them both iconic fictional characters that most people can recognize.

Loved the way that the actors who play Marty’s family members are shown before and after his trip because it shows how much untapped potential these character had which was eventually changed by Marty via his time travel journey.

The music is quite iconic and I love the suite for this film mainly because it has such an amazing tempo.

The attention to detail is amazing here and even some of the lines in the script reflect minor changes that Marty makes during his journey.

One of the great one that most people fail to notice is that the name of the Mall in 1985 starts out as Twin Pines Mall  and is changed to One Pine Mall after Marty returns to 1985 after having run over one of Old Man Peabody’s pine trees.

The chase scene with the skateboard is also a fun one to watch because it works so well within the context of the story.

Despite being a film about scientific achievements, they keep the scientific jargon to the minimum in order for us to absorb a great story

This is an amazing film and I can’t wait to get a chance to see it again real soon.

MovieRob’s Favorite Trivia – In 2010, during a cast reunion, Michael J. Fox said that strangers still call him “McFly!” constantly. Fox said that the most remarkable instance was when he was in a remote jungle in the South Asian country Bhutan, located between China and India in the eastern Himalayas. A group of Buddhist monks passed him and one of them looked at Fox and said, “Marty McFly!” (From IMDB)