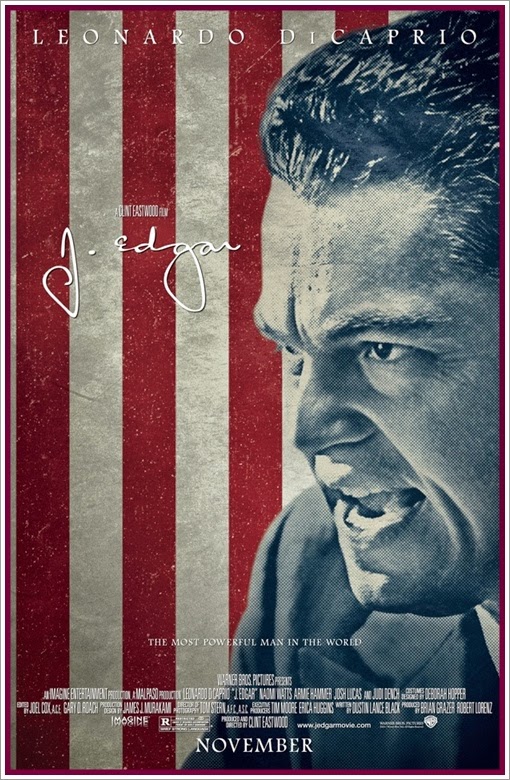 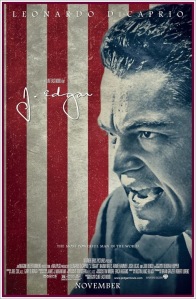 “But your agency is already one of the most well-funded in Washington, is it not? – Congressman

“Yes, that is true sir, but our car and bank robbery recoveries totaled 6.5 million last year, and our budget is only, well, 2 million. Unlike other departments in Washington, we actually run a profit.” – J. Edgar Hoover

Brief Synopsis – Biopic of the professional and personal life of J. Edgar Hoover who was in charge of the FBI for over 30 years.

My Take on it – I’ve always been a big fan of Clint Eastwood as an actor, but he is even better when he is behind the camera instead of in front of it.

This is a film that could have been so much better than it actually was because it deals with a very intriguing persona that this film just explores on a somewhat superficial instead of comprehensive way.

The life story of J. Edgar Hoover is fascinating and there is so much to glean from it, but this film missed the mark and that takes away so much from the enjoyment of such a story.

Leonardo DiCaprio is a great actor but he only does a so-so job with this character and makes him feel much more like a caricature than someone we can even try to care about.

There have been much better performances of actors who have tackled this same role in the past even on smaller scales.

The fact that the story is mostly told in flashback is fine since it’s bookended quite well but the story within the story should have been chronological and since it isn’t things get a bit too confusing and disjointed because it travels back and forth in time on a whim.

Eastwood has done much better work in his career and this film isn’t even close to being among his best.

Bottom Line – Not as good as it could have been.  The life story is Hoover is fascinating but they present things in a way that takes so much away from it all. DiCaprio does an ok job in the role but there have been much better performances in the past of this iconic figure. The story isn’t told in a linear format and jumps around too much in time for its own good and makes things much more convoluted and disjointed.   Eastwood is a great director, but this is not among his best films.

MovieRob’s Favorite Trivia – Armie Hammer, who plays Clyde Tolson, is the great-grandson of Occidental Petroleum tycoon Armand Hammer. In his biography of Hammer (the tycoon, not the actor) called “Dossier: The Secret History of Armand Hammer,” author Edward Jay Epstein reported that the tycoon had a multi-decade history of being scrutinized and suspected of Soviet ties by J. Edgar Hoover. Armie stated in an interview that he took the role to avenge that scrutiny. (From IMDB)