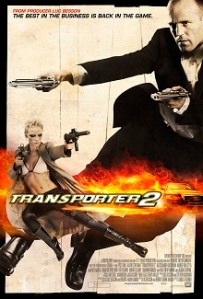 Brief Synopsis –While serving as a driver for the son of a government official, Frank must deal with kidnappers who want to unleash a deadly virus on the government bureaucrats who deal with fighting the drug cartels.

My Take on it – Jason Statham is always great in his action films and this franchise is where he got his early start.

This film works even better due to his involvement especially given the fact that the story itself is a bit too recycled.

There are far to many similarities with other films with similar themes and that hurts things far too much.

The way that they show how this character isn’t just an emotionless person also helps keep the story more interesting because the viewer knows that his intentions are true with everything he does.

As with the other films in this franchise, the action scenes are choreographed exceptionally well, even though the story has far too many plot holes in it.

It still amazes me what one could possibly do with a fire hose because the two minutes of fight time used here with just that as a weapon is so enjoyable to watch especially given the fact that they don;t repeat the same moves over and over again.

The villains aren’t developed at all and it’s hard to even understand why they are actually doing what they do, but it’s still fun to watch.