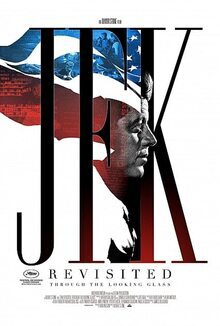 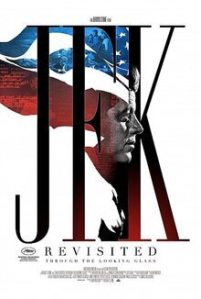 “There is now so much more that we know. And with those facts in hand, we will go back and piece together what really happened that day and discover the reasons why.” – Oliver Stone

Brief Synopsis – Documentary that gives updates on the JFK investigation in the 30 years since the Oliver Stone film came out.

My Take on it – This is a movie that I heard about a few months ago and being a HUGE fan of JFK (1991), I decided to wait until today to finally check it out.

JFK was assassinated 58 years ago today and it’s amazing that the debate over who killed him and why still rages on.

Unfortunately, I truly doubt that we will never have a definitive answer to that question.

Oliver Stone decided to make a documentary that gives an update of the information available about perhaps the most controversial assassination and report ever to be released.

The amount of information now available doesn’t manage to give a definitive answer about who was behind the actual assassination, but they do raise the level of questions that need to be answered while also expanding on the data and information known beforehand.

This film adds so many more levels to the conspiracy theories already brought up in the original film and enhances those theories with more witnesses and facts.

As I stated earlier, we will never know what truly happened on that fateful day exactly 58 years ago, but one thing si sure, there was no magic bullet and it was not a lone gunman because there is too much evidence showing that those things are not even remotely possible.

MovieRob’s Favorite Trivia – Narrator Donald Sutherland played “Mr. X” in Oliver Stone’s film JFK, and was one of the the producers of Executive Action, a President Kennedy assassination conspiracy thriller. (From IMDB)