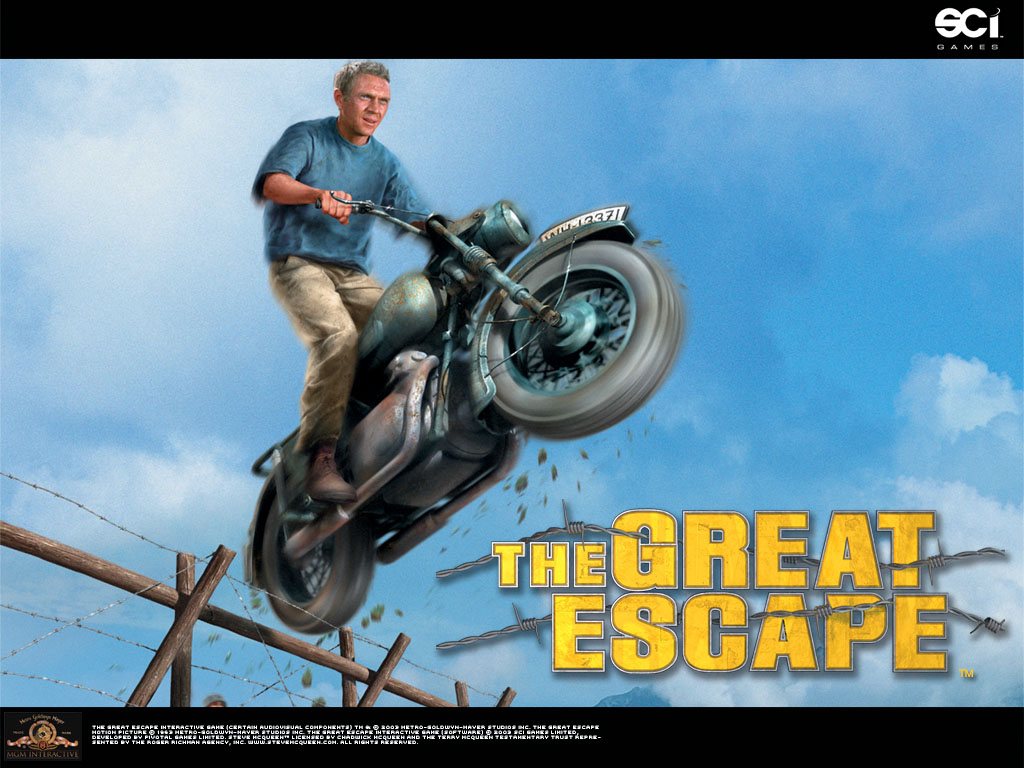 Here is my first review (of 3) for this month’s Genre Grandeur – British Thrillers.  This one is actually an action-thriller and is one of my favorite British Thrillers – The Great Escape (1963)

Next month’s Genre, chosen by Justine of Justine’s movie blog is Coming of Age movies. To participate, send me your review to coe@movierob.net by 22nd Feb. Thanks to Justine for a great choice.

Let’s see what I thought of The Great Escape… 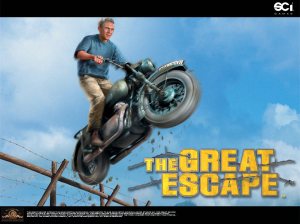 My Take on it – IMHO, this is one of the best WWII movies ever made.

It is based on a true story (like many other WWII movies), but since we are dealing with so many characters, there is no guarantee that everyone (or anyone fort that matter) will make it out alive.

This movie uses a neat trick of slightly diluting the seriousness of the situation by peppering small jokes and humorous scenes throughout.

The escape itself is planned to such minute detail that we get a full picture of the plot and feel like we are taking part in the escape. The filming of numerous scenes in the claustrophobic tunnels help make us feel that effect to a dizzying point.

The cast is superb and is really a who’s who of famous actors from the 60’s.  Each of the characters have a specific task and it’s quite easy to differentiate among them despite the cast list being quite long.

Steve McQueen, Richard Attenborough and James Gardner are great as three of the POW’s who have major parts in the plan to escape to freedom.

The escape itself is daring and thrilling and you root for everyone who gets over the fence and are left breathless until you find out each and every fate of those courageous men.

This movie is close to 3 hours long, but the exposition and the escape are both so engrossing that it’s quite easy to get sucked in and not feel time moving.

Personally, I might have liked it to be even a bot longer so we could get to know the characters even better than we already do.

Bottom Line – Great WWII epic. Amazing cast. Clever mix of serious drama with light moments that we all can laugh at.  Thrilling and daring escape that will keep you on the edge of your seat. Highly Highly Recommended!