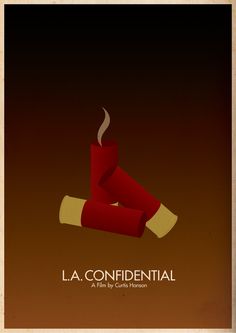 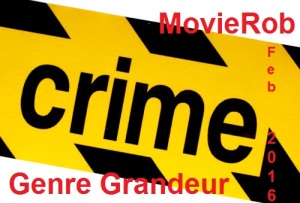 For this month’s next review for Genre Grandeur – Crime Films, here’s a review of L.A. Confidential (1997) by me

Thanks again to Dan of Slipthrough Movies for choosing this month’s genre.

Next month’s Genre has been chosen by Drew of Drew’s Movie Reviews We will be reviewing our favorite Heist Movies.

Please get me your submissions by the 25th of March by sending them to drewsheist@movierob.net  Try to think out of the box! Great choice Drew! 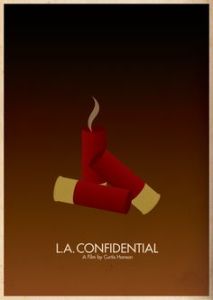 “Off the record, on the QT, and very hush-hush.” – Sid Hudgens

Brief Synopsis – Three LA police detective work different angles of a deadly murder in the 1950’s to try and solve the crime that points to corrupt policemen and city officials, the mob and an call girl service with women made up to look like famous starlets

My Take on it – Yet another choice of mine for this month’s genre is a modern movie that relies on noir techniques to give it an old time feel and look.

The music helps so much with creating a 1950’s atmosphere and really transports us back in time to the earlier days of justice in the City of Angels.

The cast is made up of unknowns and veterans and all do excellent work here.

Few people (outside of Australia) knew who Russel Crowe and Guy Pierce were at the time, but each of them make a huge impact on Hollywood with this film.

Kevin Spacey, James Cromwell and Kim Basinger are all superb in their roles and each of them proved that they still had what it takes to bring forth compelling characters and performances.

The mix of noir and modern techniques really helps make this feel so unique and fresh as we watch it all unfold before our eyes.

The script is extremely clever and we don’t foresee most of the twists and turns as they happen.  The multiple storylines actually works very well because they eventually all come together so perfectly.

This is definitely one of the best films of 1997 and despite being so different, it rivals Titanic (1997) IMHO for best picture of the year.

Bottom Line – Great vehicle for Crowe and Pierce while Spacey, Cromwell and Basinger showed they still have what it takes.  Excellent score that helps accentuate the mood and atmosphere of the time.  Feels noir-ish but yet modern and the mix makes it even better to watch unfold. The twists and turns along the way are great because they rely on such a clever script that ties it all together by the end.  Definitely one of the best movies of the year.  Highly Recommended!

MovieRob’s Favorite Trivia –  Kevin Spacey asked Curtis Hanson who he would have cast as Jack Vincennes if he was making the film in the 50s, expecting the director to say someone like William Holden. He was quite surprised when Hanson said Dean Martin, citing one of his more serious pictures – Some Came Running (1958) – as an example of the actor used well. (From IMDB)