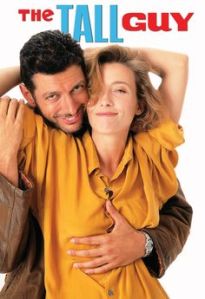 “Are you going to walk me home? Or should I just get murdered on my own? ” – Kate

Brief Synopsis – A struggling American actor in London falls in love with a British nurse, but can they make it work.

My Take on it – This is a film that I’ve heard about for years, but really had little to no interest in seeing it until now.

The movie is much funnier than I had expected and it does get a bit crazy at points, but overall it keeps things in the realm of normalcy and woks.

I never would have thought that Jeff Goldblum and Emma Thompson would be able to work together like this, but the chemistry that they have together is quite electric and interesting to watch.

Rowan Atkinson is at his funniest when he plays characters who aren’t trying to be funny and his character in this film is perfect for him solely due to that.

I liked how the characters are all pretty quirky, but their quirkiest grows as the film moves along.

Bottom Line – Fun film that gets a bit crazy here and there, but still works. Goldblum and Thompson surprisingly have great chemistry together and it’s always fun to watch Atkinson especially in roles where his character isn’t meant to be funny. Recommended!

MovieRob’s Favorite Trivia – The car that races to the Hospital at the end of the film (a blue Aston Martin registration “COMIC”) belonged to Rowan Atkinson. Dexter is pulled over by the police for speeding, just in the same way Atkinson was in real life, in the very same car. Atkinson received a driving ban as a result of the incident. (From IMDB)